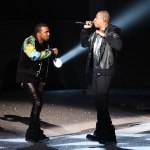 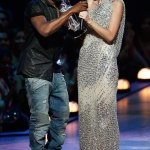 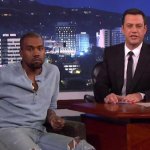 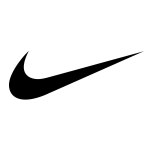 After JAY-Z spoke out for the first time about Kanye West’s 2016 rant, we’ve learned that Ye believes he’s deflecting from the real situation — their Tidal dispute. Kanye isn’t too happy with JAY after his recent interview, but here’s why he’s not reacting.

From friends to foes. Kanye West, 40, and JAY-Z, 47, are at odds and the two rap veterans don’t seem to be headed toward a reconciliation anytime soon. “Kanye is pissed at JAY-Z over the interview,” a source close to Ye’s wife, Kim Kardashian, 36, EXCLUSIVELY tells HL. The interview mentioned would be the JAY’s Rap Radar podcast on his streaming service, Tidal, Thursday, August 17.  In the interview — JAY’s first sit-down since the release of his 4:44 album June 30 — the rapper admits that Kanye “crossed the line” during his 2016 rant where he brought Beyonce, 35, and Blue Ivy, 5, into the mix; a big no no in their friendship.

As for Ye’s opinions about JAY’s unexpected candid comments? — “He thinks JAY’s just trying to deflect from the whole Tidal fiasco, and make him look bad,” our source says. The longtime friends are in the middle of a reported money dispute involving the streaming service, which Kanye has since departed from. “Kanye’s first impulse is always to fire straight back, to put his side of the argument out there. But, thankfully, Kanye’s people talked him into deleting his Twitter and Instagram accounts a while back, for this very reason.” However, without his social media accounts, Ye isn’t taking that route this time.

Now, he’s responding in a different way; by not responding. “He’s thinking things over fully, in order to act rationally about their differences,” the insider continues. And, he’s getting some valuable advice from his wife. “Kim is urging Kanye to not let this situation with JAY rile him up. She thinks that’s exactly what everyone wants — to goad Kanye into coming out with some crazy rant. Kim’s trying to persuade Kanye to see the ‘big picture’ and not sweat the small stuff. As far as she’s concerned, Kanye needs to focus on the Tidal dispute, and not JAY’s comments about his rant, in order to handle this professionally.” Agreed!

JAY’s first sit-down since he dropped 4:44 came as a shock to a lot of fans, since the rapper rarely speaks out about controversy. He addressed his track, “Kill JAY-Z” from the album, which many claim is about Yeezy. The lyrics in question read: “I know people backstab you, I feel bad too / But this ‘f— everybody’ attitude ain’t natural / But you ain’t the same, this ain’t KumbaYe / But you got hurt because you did cool by ‘Ye / You gave him 20 million without blinkin’ / He gave you 20 minutes on stage, f— was he thinkin’?/ ‘F—in’ wrong with everybody?’ is what you sayin’ / But if everybody’s crazy, you’re the one that’s insane.” However, JAY denied that the track is a Kanye diss.

JAY also spoke out about Kanye’s 2016 rant, where Ye slammed JAY repeatedly; he claimed JAY and Beyonce didn’t contact him when Kim was robbed at gunpoint on Oct. 3, 2016, and that their daughters had not played together yet [at the time]. JAY responded in the interview: “You got hurt, because this guy was talking about you on a stage. But what really hurt me, you can’t bring my kid or my wife into it. Like, Kanye is my little brother. He’s talked about me a hundred times. He even made a song called ‘Big Brother.’ We’ve gotten past bigger issues, but you brought my family into it, now it’s a problem.”

HollywoodLifers, give us your take on the whole Kanye/JAY-Z drama.