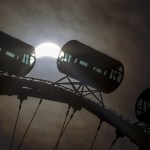 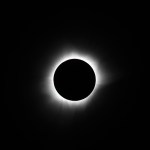 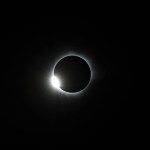 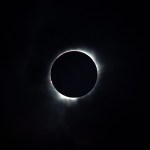 Unsure about what a solar eclipse actually is and why there’s so much hype about it? Have no fear, HollywoodLife.com is here with answers to your burning questions!

1.) A solar eclipse is one of the coolest celestial events ever. Here’s what happens: the moon passes between the sun and the earth, blocking the sun in it’s entirety from shining on the earth. That’s exactly what’s going to happen on Monday, August 21 starting at about 11:45am ET. When the moon is finally in front of the sun and blocking it completely, that is the “totality” stage. The 2017 total solar eclipse will be the first of it’s kind since 1979, which was 38 years ago.

2.) It is not safe to watch the eclipse without wearing protective glasses. You’ve probably heard this before, but you can not stare directly at the sun and/or eclipse with bare eyes. Special glasses called “solar filters” or “eclipse glasses” are the only way to protect your eyes from damage, according to NASA. Without these special glasses, rays from the sun can flood the back of your eye balls and cause serious, permanent damage to your retina. The worst part is that you won’t even feel it happening, so you might think you’re okay staring at the sun.. until later when you realize your eyesight is gone.

3.) The full solar eclipse will be best viewable in the midwest. While everyone in the North American region will be able to see a partial eclipse, not everyone will be able to see it during it’s totality. When the sun is completely blocked by the moon in it’s totality phase, it will cut straight through the United States’ mid-section from Madras, Oregon to Columbia, South Carolina. The best and longest place to see the full solar eclipse at over two minutes long is near Carbondale, Illinois.

4.) Eclipses give scientists a chance to study the sun more closely. In the moments that the eclipse is at totality, scientists will be able to see the sun’s corona for a short period of time, reports the New York Times. The corona has been very difficult for scientists to study, because it’s not normally visible to the naked eye. For those of you unfamiliar with the sun’s corona, it is the plasma veil that covers the sun and burns millions of degrees hotter than the planet itself.

5.) There are dozens of myths an old wives tales surrounded the eclipse. Many people are superstitious about the eclipse, and therefore they believe that some crazy things will be going down. While we’ve already explained that yes, you can permanently damage your eyesight by watching the eclipse, you can find out what other myths are legit or not by clicking HERE.

Tell us, HollywoodLifers — What do YOU think about the total solar eclipse? Are YOU excited to check it out? Comment below, let us know!