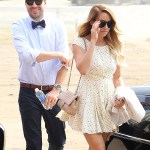 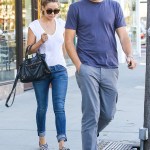 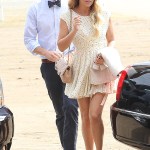 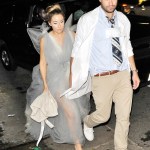 Lauren Conrad made a stunning bridesmaid weeks after giving birth to her son. Showing off her impressive post-baby bod, the star wore a gown with a plunging neckline & thigh-high split — and ROCKED it!

New mom Lauren Conrad, 31, could have fooled us that she gave birth six weeks ago! Photographed in public for the first time since welcoming her adorable son Liam James Tell into the world on July 5, the reality star appeared in a friend’s wedding — and looked completely fabulous flaunting her post-baby body! The wedding took place on Aug. 19 at the Ojai Valley Inn & Spa in California, and Lauren sported a light gray sleeveless gown with a thigh-high slit and strappy heeled sandals. Already, the Laguna Beach star has no baby bump in sight and she looked beyond fabulous in her bridesmaid getup. Click here to see Lauren Conrad’s fashion evolution.

Not only was Lauren’s fashion on point, her beauty game was also fierce as her blonde locks were styled in gentle waves and her makeup was light and fresh. The new mom was photographed smiling while carrying a bouquet of white flowers as she walked down the aisle arm-in-arm with a groomsman. The wedding was that of event planner Cassandra Herschenfeld of Cassandra Bette Events, and Lauren wasn’t the only Hills alum to attend. Friend Lo Bosworth, 30, was also in the wedding party — wearing the same gown from Lauren’s contemporary fashion line, Paper Crown.

Lauren and her husband William Tell, 37, announced their baby son’s arrival with a sweet Instagram post on July 5. The photo showed a picture of a cross-stitch design that depicted her growing family — including the couple’s two dogs — with the words, “And then there were five.” Apparently, Lauren and William even brought baby Liam to the wedding! “Lauren brought the baby with her, but he spent the day in the room with a nanny,” a source told E! News. “Lauren spent some time getting ready with the other bridesmaids, but she had to go back to the room and feed Liam a lot. She was such a good sport about being a bridesmaid so soon after giving birth, but Cassie is one of her dearest friends and she didn’t want to miss it.” 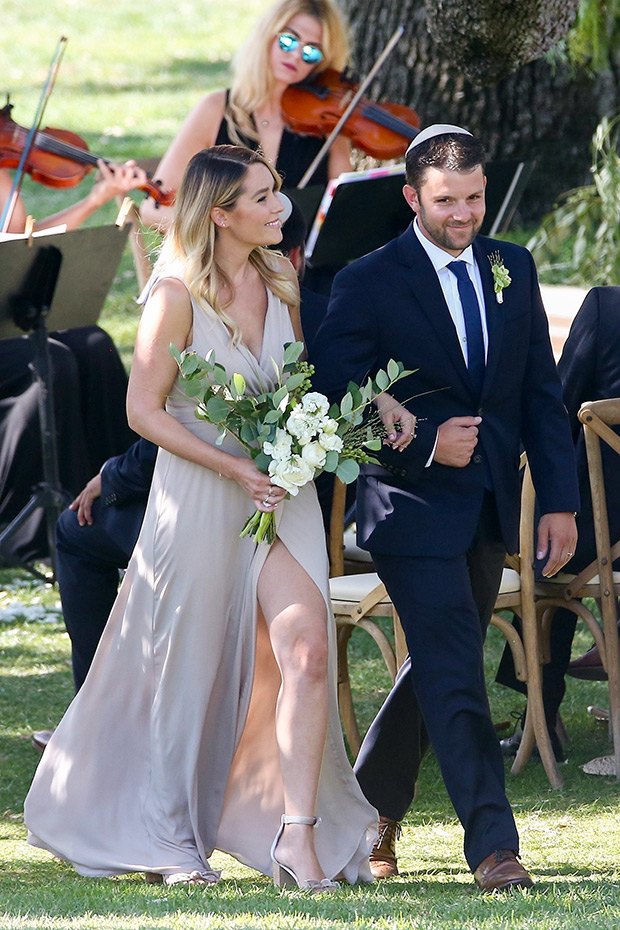 The source continued, “After the ceremony, she skipped the cocktails and went straight back to the room for awhile. William was with her and they were both in it together. They are doing well and this was their first weekend away with the baby. They handled it really well and had a great time.” And we’re not the only ones who think the designer looked great so soon after having a baby. “Lauren looked amazing so soon after giving birth,” the insider said. “She made jokes about her dress covering everything up, but you would never know she just had a baby.”

Tell us, HollywoodLifers — how fabulous does Lauren look after giving birth? Are you surprised by how quickly she go shed her baby bump?