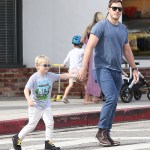 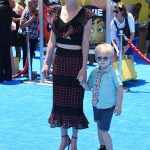 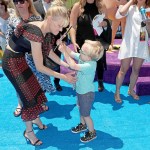 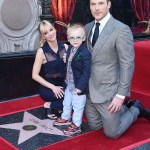 Son Jack will always come first! Chris Pratt and Anna Faris have come up with the best co-parenting plan to make sure their divorce runs as amicably as possible, we’ve EXCLUSIVELY learned.

Divorces don’t always have to be a crying, screaming mess. In fact, Chris Pratt, 38, and Anna Faris, 40, are hoping to settle everything as peacefully as possible. Not necessarily for themselves, but for their 4-year old son Jack. Forget what you heard about the House Bunny actress crying herself to sleep every night, she’s “actually coping with the split really well,” a source tells HollywoodLife.com EXCLUSIVELY. “She has a lot of friends and family around her to lean on, and she’s really taking solace in the support she’s been receiving from her fans — there’s a lot of love there.”

The good news is, the worst part is over. The band-aid has been ripped off and the public is finally starting to get over one of the most heartbreaking and unexpected divorces of 2017. “Now it’s all about adjusting and settling into her new life,” the source continues. “They’ve vowed to keep the divorce as amicable as possible, and to not bad mouth each other. Hopefully they can stick with that, for their son’s sake, as well as each other’s. They’re both fully committed to co-parenting and to providing Jack with a stable and happy home environment. He’s their number one priority and they want to do everything they can to make this transition as smooth as possible.”

We can’t ever imagine Chris and Anna getting into a screaming match with each other. But then again, we could never see the Jurassic World hunk with anybody else. Like, romantically. It seems the actor might be wining and dining a new mystery blonde woman, as the pair were spotted jetting out of LA together shortly after he went public with his divorce. It’s probably much too soon for Jack to know anything about that.

HollywoodLifers, do you think Chris and Anna will have an amicable split? Let us know!