Kourtney Kardashian, 38, just got back from a wild trip to Egypt with her boyfriend, Younes Bendjima, 24, but it appears she was spending time with a different guy in California on Aug. 16. The reality star was photographed heading to Hillsong Church for an evening service, just moments apart from ex-fling, Justin Bieber, 23, who also entered the venue solo. It’s unclear if the pair interacted at all inside, but considering they’re generally at church when they’re seen together these days, it definitely appears that they planned this outing. For the night out, the Biebs was super casual in a pair of black shorts and white t-shirt, while Kourt looked stunning in ripped jeans and a striped blue and white button down with minimal makeup.

While Kourtney has yet to confirm her relationship with Younes, it’s been no secret that they’ve basically been inseparable for the last few months. In May, they lived it up in Cannes, and followed up that vacay with a romantic July 4 trip to France. Earlier this month, they spent several days together in Egypt, and she even included him in a pic on her Instagram story! Meanwhile, Kourtney and Justin were rumored to be hooking up at the end of 2015, with apparent subsequent flings at the beginning of 2016, although neither star has ever commented on the romance rumors.

At the end of 2016, it briefly seemed like the 38-year-old mom of three was getting back together with ex, Scott Disick, 33, but when he brought another woman on the Kardashian family vacation to Costa Rica in January, she made it clear they’d never be a romantic item again. Ever since Kourt officially put an end to things, Scott has been out and about with various women while continuing his partying streak. However, the exes did reunite earlier this summer for a vacation with their kids in Nantucket. 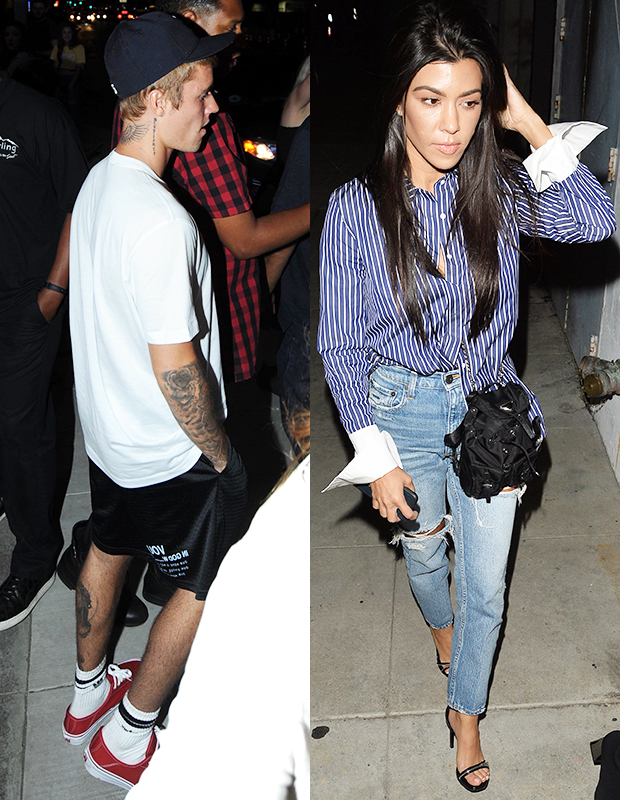 HollywoodLifers, what do you think is going on between Kourtney and Justin!?