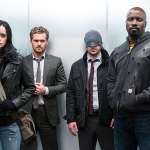 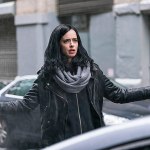 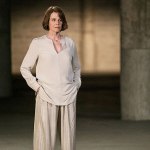 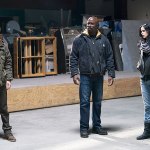 ‘The Defenders’ is about to be your new Netflix obsession. Four of your favorite Marvel superheroes are teaming up for one epic NYC adventure. Here’s everything you need to know before watching!

1. Marvel’s The Defenders will pair Jessica Jones (Krysten Ritter), Luke Cage (Mike Colter), Danny Rand (Finn Jones), and Matt Murdoch (Charlie Cox) together. You’ve watched them before on their individual Netflix shows, but now Marvel is making them one epic team. The show, which will consist of 8 episodes, will hit Netflix on Aug. 18. The heroes live separate lives but will come together to save New York City and fight crime. Even though they couldn’t be more different, they all realize they’re stronger together.

2. Sigourney Weaver is going to be INCREDIBLE. The Oscar nominee is the main adversary in The Defenders. Her name is Alexandra. “Her character is a very powerful force in New York City,” showrunner Marco Ramirez told EW. “She’s everything Sigourney is: sophisticated, intellectual, dangerous.”

3. A season 2 is not set in stone — yet. The show hasn’t even premiered yet, but fans are already asking about a season 2. During an interview with Collider, head of Marvel TV Jeph Loeb revealed he doesn’t know whether or not The Defenders will return for a second round. “You have to remember when you have that many characters you want to be able to service them but you also don’t want to overload the audience,” he said.

5. Even if there’s no season 2, you’ll get to see more of your Defenders. The second seasons of Jessica Jones and Luke Cage are set to premiere in 2018. Iron Fist season 2 and Daredevil season 3 have been confirmed, and they are expected to film in the fall of 2017.

HollywoodLifers, are you going to watch The Defenders? Let us know!