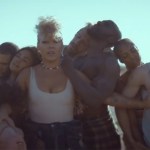 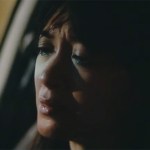 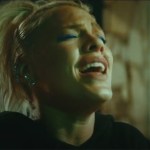 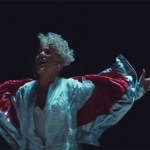 Pink basically invented the phrase ’emotional banger,’ and her new song ‘What About Us’ is no different. Watch the beautiful visual for the track here!

Pink, 37, released her “What About Us” music video today, Aug. 16, and it’s totally epic. Pink shows off her sick moves on the city streets and in the middle of the desert, and we’re in love. The visual for the empowering ballad was directed by Georgia Hudson and choreographed by the Goldenboyz (RJ Durell and Nick Florez.) So good! You can watch it above.

The singer will also be performing at the 2017 MTV Video Music Awards on Aug. 27, and we’re sure she’ll put on a show. (You know she’ll perform “What About Us!”) Pink will also be receiving the Michael Jackson Video Vanguard award, which is the highest honor of the VMAs! So deserved.

One day in advance, Pink gave fans a heads-up via Twitter that the video would be coming, because this woman does not need to build hype — it just happens. Check out an excerpt of the lyrics to “What About Us:”

We are problems that want to be solved
We are children that need to be loved
We were willing, we came when you called
But man you fooled us, enough is enough

I’ll be ready. Are you ready? #WhatAboutUs video premiere now on @Vevo ✊ pic.twitter.com/g8EmGVofa6

HollywoodLifers, what do you think of the music video for “What About Us?” Tell us if you love it!