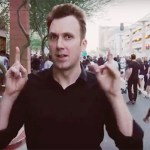 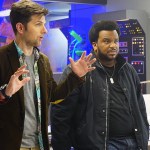 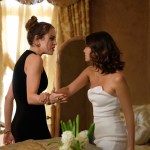 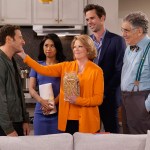 So many new shows are coming your way! Need to know when to set your DVRs? HollywoodLife.com has compiled a list of all the new TV shows you need to know about!

Every time fall TV rolls around, there are all-new shows to watch and fall in love with. All of the major networks have new TV shows coming, and you need to be up to date on them all. From ABC’s The Good Doctor to The CW’s reboot of Dynasty, check out all the new fall TV shows that are headed your way. Don’t worry, TV lovers. There’s something here for everyone.

The Good Doctor: The show follows Shaun Murphy, a young surgeon with autism and savant syndrome, as he goes from a quiet life in the country to a premier hospital’s surgical unit. This is Freddie Highmore’s first TV role since the end of Bates Motel. The show will premiere Sept. 25 at 10 p.m. ET.

Kevin (Probably) Saves The World: Jason Ritter stars as Kevin Finn, a self-serving guy going down the wrong path. He returns home to stay with his widowed twin sister and her daughter. On his first night back, a celestial being named Yvette appears to him and presents him with a mission to save the world. The show premieres Oct. 3 at 10 p.m. ET.

Inhumans: Marvel’s got a new show coming your way! Inhumans is based off the fan-favorite comic book series by Stan Lee and Jack Kirby. The show stars Anson Mount, Iwan Rheon, and more. The show will air its first episode on Sept. 1 in IMAX theaters. The theatrical run will be for two weeks, before the show premieres Sept. 29 at 9 p.m. ET.

Ten Days In The Valley: Kyra Sedgwick returns to TV as an overworked television producer and single mother whose daughter goes missing in the middle of the night. Kyra’s character quickly realizes that no one can be trusted. Ten Days In The Valley will premiere Oct. 1 at 10 p.m. ET.

The Mayor: Lea Michele, Yvette Nicole Brown, and Brandon Micheal Hall star in what’s going to be your favorite new comedy. When a young rapper finds himself the new mayor of his hometown, he must team up with his mom and friends to help transform his struggling city. The Mayor premieres Oct. 3 at 9:30 p.m. ET.

SEAL Team: This show follows the professional and personal lives of elite Navy SEALs as they train, plan, and carry out some of the most dangerous missions. David Boreanaz and Max Thieriot star. The series premieres Sept. 27 at 9 p.m. ET.

S.W.A.T: The show is inspired by the television series and the movie. S.W.A.T. stars Shemar Moore as a locally born and raised S.W.A.T. sergeant who is tasked to run a specialized tactical unit that is the last stop in law enforcement in Los Angeles. The show premieres Nov. 2 at 10 p.m. ET.

Wisdom of the Crowd: Jeremy Piven stars as a visionary tech innovator who creates a cutting-edge crowdsourcing app to solve his daughter’s murder and revolutionizes crime-solving in the process. The series premieres Oct. 1 at 8:30 p.m. ET.

9JKL: This family comedy inspired by Mark Feuerstein’s real life. He stars as a newly divorced actor between projects who moves home to New York to get his life together and finds himself living in an apartment with his parents and his brother, sister-in-law, and their new baby. The series premieres Oct. 2 at 8:30 p.m. ET.

Dynasty: Another day, another reboot! Dynasty is a reboot based off the iconic soap opera series from the 1980s. The show premieres Oct. 11 at 9 p.m. ET.

The Gifted: This latest project in the X-Men universe tells the story of a suburban couple whose ordinary lives are changed forever when they discover their children possess mutant powers. The family, headed by Stephen Moyer and Amy Acker, are forced to go on the run from a hostile government in order to stay alive and end up joining up with an underground network of mutants. The Gifted premieres Oct. 2 at 9 p.m. ET.

The Orville: This comedy from Seth MacFarlane is a live-action, one-hour space adventure series set 400 years in the future that follows The Orville, a mid-level exploratory spaceship. The show premieres Sept. 10 at 8 p.m. ET.

Ghosted: Adam Scott and Craig Robinson team up for a new comedy that is all kinds of spooky. A cynical skeptic and a “true believer” in the paranormal are recruited by a secret government agency to look into the “unexplained” activity going on in Los Angeles. The series premieres Oct. 1 at 8:30 p.m. ET.

Law & Order True Come: The Menendez Murders: Edie Falco stars in this true-crime series about one of the most notorious murder trials in American history. The series premieres Sept. 26 at 10 p.m. ET.

The Brave: This show tells the story of America’s elite undercover military heroes. From analysts to Special Ops members, these men and women are committed to saving the lives of innocent people around the world. The Brave will premiere Sept. 25 at 10 p.m. ET.

White Famous: Saturday Night Live’s alum Jay Pharoah plays Floyd Mooney, a young African-American comedian whose star is on the rise. But being a star isn’t as easy as it appears to be. Floyd must maintain his credibility while attempting to become “white famous.” White Famous premieres Oct. 15 at 10 p.m. ET.

SMILF: The new comedy follows a single, 20-something from Southie whose desires for relationships, sex, and a career clash with the responsibilities of young, single motherhood. SMILF premieres Nov. 5 at 10 p.m. ET.

HollywoodLifers, which new show are you going to be watching? Let us know!