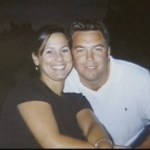 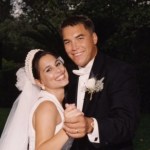 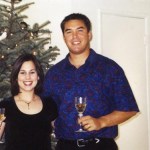 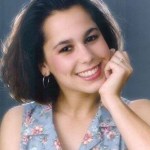 Here’s everything you need to know about the horrific murder of Laci Peterson, wife of Scott Peterson, who was convicted of her murder and sentenced to death.

1.) Laci Peterson was first reported missing on Christmas Eve. It was December 24, 2002 that Laci’s husband, Scott Peterson, declared his wife missing while on the phone with her mom, Sharon Rocha, at approximately 5:20pm that evening. According to reports, Sharon was the last person to speak to Laci when they chatted on the phone just one night earlier on December 23. Reports also claim that the last person to see Laci alive was her half sister, Amy Rocha, when she cut Scott’s hair with Laci present. Scott reportedly claimed that he had last seen Laci that morning when he left to go fishing, and that she was planning to go grocery shopping and walk the dog, who was found that morning running through the neighborhood wearing a collar and leash. When Scott got home and realized that Laci wasn’t there, he called Sharon, and when Sharon said she wasn’t with Laci he allegedly told her, “Laci’s missing.”

2.) Laci was pregnant with her first child when she disappeared. As if the fact that she was “missing” wasn’t bad enough, Laci was eight months pregnant. Laci and Scott had already named found out that they were expecting a son, and named him Conner in anticipation of his birth. According to reports, this is one of the many reasons why police investigating her disappearance immediately suspected foul play: they doubted Laci would have left on Christmas Eve without contacting anyone. Unfortunately, Laci nor her unborn son, Conner, would ever return home.

3.) Scott was not arrested as a suspect in Laci’s murder for four months. Police did not immediately confirm whether or not they were considering Scott as a suspect, even as evidence against him started to build up. On January 17, just weeks after Laci’s disappearance, it was revealed that Scott had been involved in a handful of extramarital affairs while he was with Laci. One of the women, Amber Frey, had contacted police on her own once she realized that Scott was married to the missing woman. Amber became a crucial part of the investigation, agreeing to let police record her conversations with Scott in hopes he might confess. Unfortunately, Scott never did confess to Amber. However, he was arrested just days after both Laci and Conner’s bodies were found in April 2003.

4.) Laci and Conner’s bodies were discovered one day apart. Though Laci was still pregnant the last time anyone saw her alive, the decomposing body of a fetus later confirmed to be her son, Conner, was discovered on April 13, 2003. The discovery was made by a couple walking their dog on the shore at Point Isabel Regional Shoreline park in Richmond, California. The following day a woman’s body, later confirmed to be Laci, washed ashore just one mile from where her son’s body was found. Laci’s body had been in a gruesome state due to decomposition, which made it impossible to determine how she was killed. The body was decapitated, her forearms were missing, the bottom half of her left leg was missing, and her right foot was severed. Authorities believed that Conner had been expelled from Laci’s body after she was killed, allowing prosecutors to allege that Scott had killed Laci with their son still in her womb.

5.) Scott was allegedly planning to flee when he was arrested. Scott was arrested in connection with his wife and son’s murder on April 18, 2003, in the parking lot of a golf course in La Jolla, California. Scott had dyed his hair blonde, grown a goatee, and was driving a car belonging to someone else. In his possessions were: his brother, John Edward Peterson’s, drivers license, approximately $15,000 in cash, six credit cards including one belonging to his sister, four cell phones, a map book of California, and more. You can see the full list of items HERE.

6.) Scott was charged and convicted of Laci’s murder. The trial against Scott started in June 2004 and ran for seven months until March 2005. It was in November 2004 that he was found guilty of first degree murder in Laci’s death and guilty of second degree murder in Conner’s death. In March 2005, the judge took the advice of the jury and sentenced Scott to death.