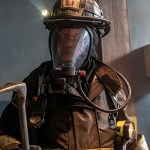 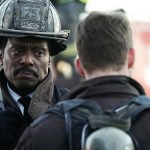 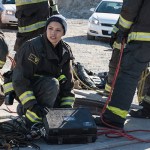 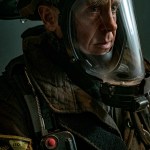 We knew it was coming. The season five finale of ‘Chicago Fire’ left us with so many questions — and all of them will be answered at the start of season six. However, we may not love the answers.

“All of what happened, happened and the results are going to be earned,” Chicago Fire co-creator and showrunner Derek Haas told The Hollywood Reporter in a new interview. Derek also confirmed that season six will pick up “just moments” after season five ended — but that timeframe won’t last long. “Those events will play out over the teaser and then when we come back, we are going to do a time jump of a couple of months,” he confirmed. “The way I always pitch it is, we’re not doing the 23rd episode of season five, we’re launching season six and hopefully launching it out of a canon so then we’re going to go right into season six.”

As for the “casualties,” well he didn’t confirm that there were actually any deaths. “Not all characters are coming back for season six, but I won’t specifically say how come they’re not coming back,” he said. Oddly enough, we have seen photos of multiple cast members in their dress blues so it appears to be a funeral. But, maybe we’re wrong — maybe they all survive and then Mouch just retires? Crazier things have happened.

The premiere also won’t be all sad, though, as Derek finds it important to be uplifting or inspiring as well. “I didn’t want all of episode 601 to be a downer so I think artistically we achieved that and we don’t shy away from what happens in the events of the teaser, but the whole episode’s not about the aftermath of the teaser,” he said.

As for what’s ahead in the season, you can expect some new faces (Mr. Sprinkles is coming in episode four) as well as some familiar faces, like Jon Seda‘s Antonio. “He and Brett had a great relationship that went down in flames last season and we would like to stoke the ashes of that one this year,” Derek said. “I think they’ll be brought together under — no spoilers — but difficult circumstances bring them together. I think that Brett is in a different place than when she entered that relationship the last time and Antonio is, too, so we’re going to have fun with it. I say ‘fun’ with my devious hat on.”

HollywoodLifers, are you ready for Chicago Fire‘s return? Season six premieres on Sept. 28 at 10 PM ET on NBC.