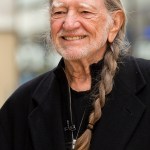 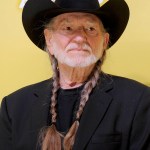 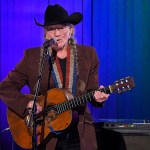 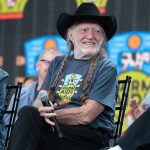 Willie Nelson was hospitalized on Aug. 13 after cutting a concert in Salt Lake City short when he experienced breathing issues! Is the country legend okay?

Willie Nelson, 84, was performing at the USANA Amphitheatre in Salt Lake City, UT when he “cut short [the] concert [due] to breathing problems,” as Billboard reported. He was then taken to a local hospital. “This is Willie I am sorry to have to cut the SLC show short tonight The altitude got to me I am feeling better now & headed for lower ground,” the singer tweeted later that night. (The Amphitheatre is located at about 4,300 feet above sea level.) Willie’s opener Kacey Musgraves also retweeted his statement.

After Willie stepped offstage, a bandmate told the crowd that Willie needed a break. After about another five minutes, a woman came out and told the crowd he wouldn’t be coming back (“Willie loves ya’ll. He wants you to get home safe, but the show’s over”), according to a concertgoer via the Daily News. “It just seemed like he was having a hard time keeping up with the band,” Christie Marcy told the outlet.

Fans have taken to Twitter to send the “On the Road Again” singer well wishes. “Feel better, Willie!” one fan tweeted. “Sending you best wishes for a speedy recovery!” another wrote. Willie’s next tour date is on Aug. 15 at The Mountain Winery in Saratoga, CA, and hopefully he’ll be back on his feet by then!

HollywoodLifers, are you glad Willie is okay? Let us know if you were freaked out by his hospitalization!