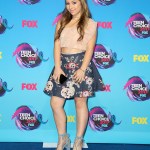 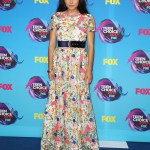 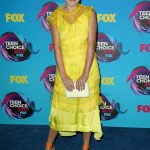 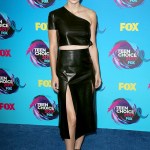 Miley Cyrus explained to fans why she shockingly skipped the Teen Choice Awards on August 13, and made it up to them with an exciting announcement. Read her message to fans here!

One of the biggest shockers of the night at the Teen Choice Awards on August 13 is when Victoria Justice took to the stage and announced that Miley Cyrus dipped from the show at the last minute. Fans were shocked, angered, and worried at the same time. What could have happened that Miley had to skip the show so close to her highly anticipated appearance? Miley didn’t go into detail about the reason for being a no-show, aside from telling fans on Instagram during the awards show that she “created an unrealistic schedule for myself.” However, she used that same statement to announce something major:

“To my dearest fans & all of those watching @teenchoicefox ! I want to say thank you from the very bottom of my heart for presenting me with#TheUltimateChoiceAward ! I am beyond bummed I couldn’t make it to the show as I had every intention of being there to accept and celebrate this honor! I created an unrealistic schedule for myself which leads me to this announcement! I’ve been tryin to keep the secret but I can’t hide it any longer! My new single / music video#YoungerNow will be dropping this Friday , Aug 18th & I am sooooooo EXCITED to share it with all of you! I hope to always make people smile and shine light thru my work! I look forward to making music for the rest of my life and I’m thankful everyday for those who listen! I am sending so much love and peace into the world right now because THATS what we need most! Love Love & more LOVE! ❤️💙💚💛💜❤️💙💚💛💜”

Well, that’s exciting! We’ve been jamming out to “Malibu” all summer and craving more of her new music. “Younger Now” is probably just going to be an even bigger hit! It’s still disappointing, though, that Miley skipped the Teen Choice Awards with so little warning. She was going to be honored with the Ultimate Choice Award, a prestigious win only awarded to six other artists in the show’s history. She was also nominated in four categories. She unfortunately didn’t win any of the four awards.

HollywoodLifers, were you upset that Miley didn’t come to the Teen Choice Awards? Tell us why or why not!