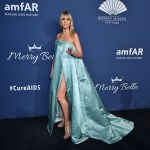 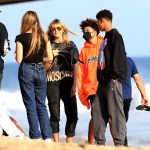 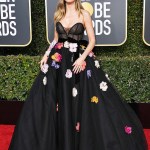 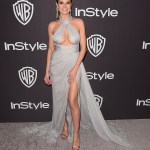 Beach babe! Heidi Klum turned up the heat while vacationing in St. Barts, showing off her glistening figure and insanely toned abs while getting out the water on Aug. 14. Are these her hottest bikini-clad pics yet?

Heidi Klum, 44, is our spirit animal! The supermodel looked absolutely breathtaking while soaking up the rays on Aug. 14, during a 10-day vacation with her loved ones in St. Barts. She rocked a tiny bikini with a colorful tribal print, making sure all eyes were on her insanely toned washboard abs. Heidi appeared to be having a blast as she splashed in the water and planted a sweet kiss on her 11-year-old son Henry. Her other son Johan, 10, and daughters Helene, 13, and Lou, 7, were also enjoying the relaxing getaway on the Carribean island! “Thank you. until next time! #familievacation #Love #fun #Thefastest10daysever,” she captioned a fun-filled photo on Instagram. See pics of Heidi and more stars showering in bikinis, here!

The only person who wasn’t frolicking around the beach with Heidi was her longtime beau Vito Schnabel, 31, who she started dating in 2014. Lucky for him, the gorgeous America’s Got Talent judge has been documenting her vacay on social media, treating her followers to a topless bikini-clad snap on Aug. 12. It’s clear her and Vito are going strong, since the chemistry between the two is still off the charts, as seen by their steamy display in the French Riviera! Heidi and Vito were last photographed rising off while cruising on a lavish yacht on July 28, with red roses at their feet. What a life…right?!

At the time, Heidi and Vito were in St. Tropez since they were booked to make an appearance at Leonardo DiCaprio‘s highly anticipated charity fundraiser. We’re sure the supermodel enjoyed her recent down-time to the max, especially since she’s got a busy schedule to come home to! She currently judges the 12th season of America’s Got Talent and will also lend her talents to judge the 16th season of Project Runway, which airs Aug. 17 on Lifetime.

HollywoodLifers, are you blown away by Heidi’s washboard abs? Tell us, below!