Spanx are a girl’s best friend for many Hollywood stars. Unfortunately for Kris Jenner and other celebs, there are plenty of wardrobe malfunctions where they have accidentally flashed their shapewear.

Spanx for sharing ladies! The body shapewear is an absolute must for even Hollywood’s most perfect bodies, but sometimes their wardrobe choices accidentally show off that they’ve got a little help in having a flawless figure. Even though Khloe Kardashian, 33, has achieved a to-die-for bod through grueling workouts, she let it slip that she’s still gets some body-tightening when the top her undergarment flashed through her sheer lace jumpsuit during a Tonight Show appearance in Jan. of 2016.

Kim Kardashian, 36, has also been busted plenty of times wearing Spanx to help contain her famous curves. Her mom Kris Jenner, 61, is also a fan, as she wore a pair of nearly knee-length Spanx on an Aug. 9 lunch date with Scott Disick, 34, when a gust of wind blew her dress up to show that she was getting some bodywear assistance. She’s a repeat offender as well, as the momager was caught wearing full body Spanx back in June underneath a patterned dress when the glare of flashbulbs made the outfit see-through. Click here for pics of celebs who live for Spanx.

Pop stars of all shapes and sizes have been caught wearing Spanx onstage during concerts. Wind machines have blown up the costumes of Taylor Swift, 27, Selena Gomez, 25, Beyonce, 35, and Katy Perry, 32, to show that even those perfect bodies need a little tightening thanks to the shapewear.

The goddess that it Jennifer Lopez, 48, has one of the most enviable figures on the planet yet she still turns to Spanx for that little extra slimming effect. We’ve caught peeks of her on several occasions with the slim-wear poking through high slits in her evening gowns and peeping out from underneath her skirts at promotional appearances.

Even slim stars who you think would never in a million years need Spanx to tighten their already trim bodies rely on the shapewear to give them a little extra boost at being as tight as possible. Blake Lively, 29, Katie Holmes, 38 and even the “Skinnygirl” herself Bethenny Frankel, 46, have all had Spanx-slip ups that have been caught in photos. Hey, there’s nothing wrong with wanting to look your absolute best! 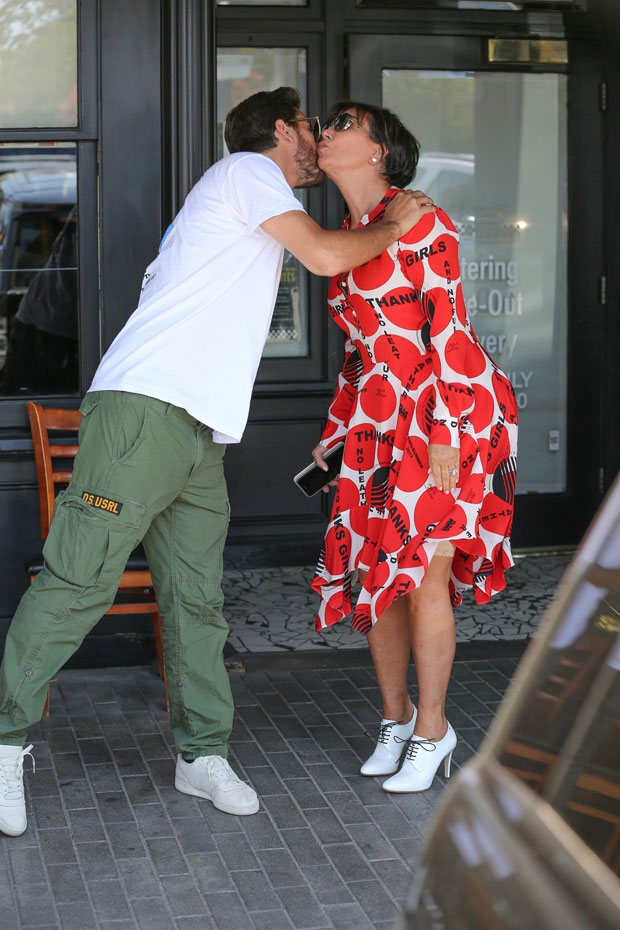 HollywoodLifers, are you a fan of wearing Spanx?