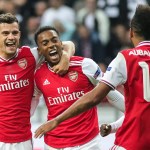 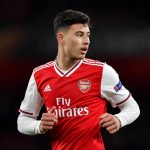 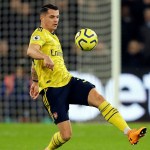 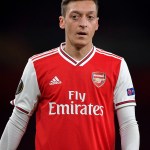 Finally! The English Premier League kicks off its 2017-18 season on Aug. 11 at 2:45 PM ET, with Arsenal taking aim at Leicester City. Rejoice, soccer fans — because football is back!

After an exciting transfer season that saw some major stars trade sides for huge sums of money, the Premier League has returned. Now, England’s best soccer stars will hit the pitch, beginning the long pursuit for the league title. Arsenal looks to rebound from its disappointing finish to the 2016-17 EPL season by opening up this new year with a win, as they host Leicester City at Emirates Stadium in Highbury, London. These teams only have one chance to make a first impression, so tune in to see who starts this season on the right foot.

Arsenal’s on a bit of a redemption tour. The Gunners finished in fifth place last season, just one point shy of fourth place. Arsenal failed to qualify for the Champions League, missing the tournament for the first time in twenty years. It’s no surprised that many Arsenal fans demanded that coach Arsene Wenger, 67, be fired. Yet, Arsene managed to salvage the disappointing season by winning the FA Cup and the Community Shield. Both times, Arsenal defeated Chelsea, the team that clinched the Premiership long before the season ended.

The Gunners shot down the Blues during the Aug. 6 game, winning the Community Shield on penalties. They won’t have their best sharpshooter when they take on the Foxes, as Alexis Sanchez, 28, is dealing with an injury. “He had a little abdominal strain that he caught on Sunday morning in training,” Arsene said, according to The Mirror. “He had the scan two days ago. He’s out for I don’t know.” Thankfully, they have Alexandre Lacazette. The 26-year-old player was transferred from Lyon for a club record fee, €53 million. One of the shining stars of Ligue 1 should help give Arsenal a little extra firepower for this season.

As for Leicester? The 2015-16 Premier League champions tumbled down to the middle of the table, finishing in 12th place. After giving miracle-worker Claudio Ranieri, 65, the axe, the club hired Craig Shakespeare, 53, to save their season from tragedy. Speaking of a comedy of errors, the club signed Vicente Iborra during the summer, but the 29-year-old will miss out the opener after suffering a groin injury at training.

Soccer fans can watch this game, which kicks off at 2:45 PM ET, via NBC Sports’ coverage. CLICK HERE TO WATCH THE ARSENAL VS. LEICESTER CITY LIVE STREAM

Who do you want to win this game, HollywoodLifers?