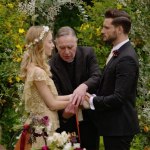 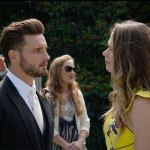 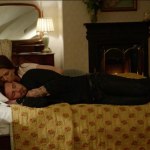 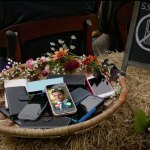 This week’s episode of ‘Younger’ brought together two pairs that we’ve been waiting for… for a long time. So before you go flipping out on Kelsey, just hear me out.

First thing’s first: this week on Younger, Charles and Liza finally moved forward in their relationship which included us being granted with two hot make out scenes. Even though one was a dream, it still counts right? But she wasn’t the only one finally bridging the sexual tension gap; Kelsey had to get away so she went upstate with Lauren and Josh, and accidentally/on purpose left out the fact that Josh was there when Liza called. Now that is not okay. Lying to your best friend is never the right thing to do — Kelsey should know that too, seeing as how she put Liza through hell for lying to her. It also makes it seem very sketchy.

When Josh and Kelsey did kiss — and even if you don’t want it to happen, you know part of you wanted it to happen — she pulled away almost immediately. Again, a good move when your BFF’s ex makes a move. However, there’s clearly some connection there, so some sort of action had to be taken. Will it mess up their living arrangements? Most likely. Will it mess up her friendship with Liza? I’m not so sure. Of course I was against it… at first. A girl hooking up with her bestie’s ex? Usually, If be screaming no from the rooftops. However, I realized that personally, that’d be a little hypocritical.

At least twice a week, I explain why Pacey and Joey were meant to be. Meanwhile, I have to admit, Pacey literally took his best friend’s soulmate. Sure it was rocky for a while — ok, for a long time since Dawson couldn’t stop (literally and figurativly) crying over it — but it’s all about how you handle the situation at the beginning, right?  Had Pacey went to Dawson and explained he was falling for Joey before anything happened, things may have been different. Most likely not because ugh, Dawson, but for many, it may be.

Later on, when Pacey wanted to date Joey’s roommate Audrey, she even said, “I love you. I love you both in the best, simplest way, and all I care about is that you guys are happy.” Even in Friends, Joey told Chandler if he had told him he was interested in Kathy, he probably would have just gotten out of the way. Instead, they made out behind his back.

So should Kelsey actually have feelings for Josh or vice versa, why not go to Liza? And let’s be honest, Liza and Josh aren’t endgame. It’s not going to work. I have a feeling it’s more likely that Charles will find out her secret, be upset, then forgive her and live happily ever after before she and Josh will end up together.

HollywoodLifers, what do you think of Josh and Kelsey?