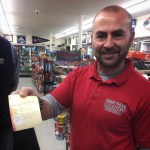 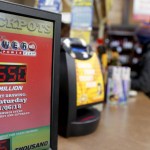 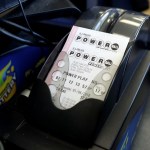 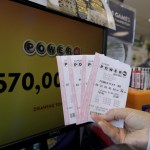 If you’re a lotto player, there’s no better time to buy a ticket than on Aug. 9! That’s because for the first time ever, both the Mega Millions and Powerball games are over $300 million at the same time. What would you even do with all of that money!?

Wow! There’s $600 million on the line on Aug. 9, and all you have to do is buy a ticket! For the first time ever, the Mega Millions and Powerball games are both offering over $300 million to players, so people are rushing to the convenience store to pick up a ticket. Do you have yours yet? If not, here are five things to know before rushing to the corner market. Click here for Powerball pics.

1. If you want a chance at over $600 million, you need two tickets. The Powerball jackpot is around $307 million. The Mega Millions is estimated to be at $382 million. Of course, it’s insane to imagine winning both, but if you did you could get $689 million. Sheesh! But you will need to pick up both tickets individually.

2. Your chances for a W still aren’t great. This is going to hurt to hear, but you PROBABLY won’t win either, even if your chances are doubled by playing both games. The Mega Millions chances are one in $258.9 MILLION, and it’s 292.2 million to one for Powerball, according to CBNC. Yikes.

3. The prizes are historic. The U.S. lottery began selling both kinds of tickets 7 years ago, and in that time they have never been this high at once. So this is special, and probably won’t happen again for a long time.

5. There’s a chance it’ll get bigger. Interestingly, the reason the jackpot is currently so high is that nobody claimed either of the prizes last week. Next week could go up exponentially if there’s no winners once again.

HollywoodLifers, will you be picking up some lotto tickets? Let us know!