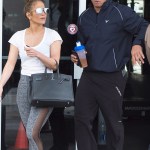 Let’s be honest — dating isn’t fun anymore. If anything, it’s exciting for a moment, but because of several new dating habits that I’ll ever understand, I’ve become annoyed with the process altogether.

I hate to sound so negative, but I think I may take a break from dating. And it’s not because I don’t want to be in a relationship — I actually consider myself to be a hopeless romantic, and want love very much. But I’m considering taking an extended breather from it all because the entire process of dating has become extremely annoying. Especially when it comes to online dating. For instance, have you ever matched with someone online, engaged in intense conversations, and then discovered they disappeared just a few days later? If so, you were “ghosted.” Not familiar with this new, and very common, dating habit? Find out more about it, as well as several other annoying modern day dating rituals below.

1. Ghosting: This one is brutal. It’s the act of ending a relationship with someone by suddenly — and without explanation — ending all communication. We’ve all done it, but that doesn’t make it right. So why do we do it? That, I’ll never understand. And to be honest, I think ghosting is more hurtful then someone telling me we’re not a match.

2. Benching: Benching is leading someone on so they’ll stick around, but you’re not sure you want to be with them. So you’ll disappear for a bit here and there, yet give enough attention to keep them hanging on. And if Plan A (who you’re really interested in) doesn’t work out, this person will be waiting in the wings.

3. Unsolicited D*** Pics: This is something I despise. Any nude pics (butthole pics are the worst) that are sent without request are an assault on the eyes. If I wanted to see you naked, I’d ask. Just stop sending the unsolicited d*** pics. Please and thank you. Also — it’s a major turn off.

4. Lack Of Effort: There’s nothing worse than someone who doesn’t put in any effort. Can’t anyone carry a conversation anymore? “Hey” and “What’s up?” are not good conversation starters. Tell me something you did today. Ask me how my day was. Make a joke — anything that will make you stand out from the crowd! It’s sad how quickly conversations die down just because the person you’re speaking with has nothing interesting to say.

5. Leading Someone On: This is when someone doesn’t really have any intention of being in a relationship. They’re just looking for some quick attention. Stop doing this! If you’re up front with what you’re looking for, time won’t be wasted.

HollywoodLifers, which modern day dating ritual do you find to be the most annoying? Tell us below!