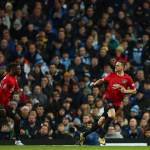 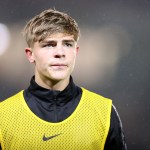 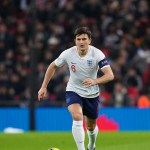 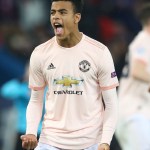 Only one team can reign supreme over Europe. Real Madrid faces Manchester United in the UEFA Super Cup on Aug. 8 at 2:45 PM ET. It’s a game that no sports fan should miss!

Before La Liga and the English Premier League kick off, two of their best teams (and reigning UEFA champions) will play in a match that will determine the true kings of European soccer. Real Madrid, the current reigning Champions League champs, will play the winners of the 2016-17 Europa League, Manchester United. Will Zinedine Zidane, 45, lead Los Blancos to yet another trophy, or will United’s manager Jose Mourinho, 54, score an upset at his former club?

Real Madrid didn’t have Cristiano Ronaldo, 32, for their match against the MLS All-Stars, and the new father of twins was expected to miss this game (so he would be rested for the start of La Liga’s 2017-18 season.) Yet, Ronaldo posted a handful of Instagram photos showing him working out, according to Metro. Either the four-time Ballon d’Or winner was getting in shape for the start of La Liga, or he might be ready to help his club achieve another success. Real Madrid and Manchester United met in the International Champions Cup. The teams played to a 1-1 draw, with United taking the win via penalties.

Will Gareth Bale, 28, be ready for this game? He hobbled out of practice on August 1 with an ankle complaint, according to the Manchester Evening News, but manager Zinedine assured everyone that Bale would be ready for this match. “He looks good to me. He’s had a long injury. “The pre-season has been very good since the beginning. I’m not worried about his performance, because the whole team has had good moments and not as good moments.” Real fans are hoping he has a “good moment” during this game. Not only would it bring another piece of silverware to the team, but it would also give Real Madrid the momentum going into the start of the season.

The game, which begins at 2:45 PM ET, can be watched online via Fox Sports official coverage (after entering in the appropriate cable info.) CLICK HERE TO WATCH THE REAL MADRID VS. MANCHESTER UNITED LIVE STREAM

Who do you want to win this match, HollywoodLifers? Do you think Real Madrid will repeat as Champions League champs? Will Manchester United claim the EPL title?