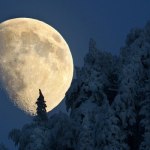 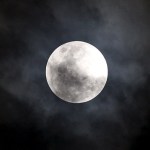 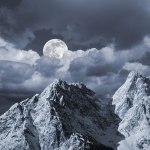 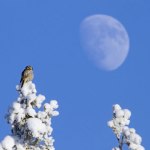 Who’s ready for the space event of the year? Well, so far! Watch our live stream of the partial lunar eclipse above the eastern hemisphere before the massive solar eclipse hits the United States in two weeks!

There’s no time to wait! The August 7 partial lunar eclipse has started it’s ascension into the night sky above the eastern hemisphere, and is poised to reach its peak around 2:20pm ET. People in parts of Europe, Africa, Asia, and Australia are lucky enough to see the partial lunar eclipse unfold in person. But if you’re like us and it’s still daytime where you live, you can still witness the amazing event! Watch our live stream above to see every moment of the eclipse’s progress. The live stream ends at approximately 3:20pm ET, when the eclipse’s peak starts to end.

Rest assured, though, if you miss the lunar eclipse, you still have plenty of time to see the solar one on August 21. While the lunar eclipse isn’t as dramatic as its solar counterpart, it’s still a fascinating and beautiful thing to witness. And the two events play off each other. A solar eclipse can’t occur without a lunar eclipse that happens shortly beforehand. And a solar eclipse also causes a lunar event either two weeks before, or two weeks afterward. Crazy, right?

Once the eclipse ends, it leaves in its wake a summer full moon. That will be visible from North America, and it’s expected to be beautiful. This one, on August 7, is traditionally called the Full Sturgeon Moon, or the Full Red Moon. The former was named by North American fishing tribes who were able to catch sturgeon easier around this time. Full Red Moon refers to the reddish color it gives off as it rises. Happy lunar viewing!

HollywoodLifers, are you watching the partial lunar eclipse? Let us know!