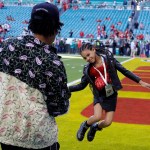 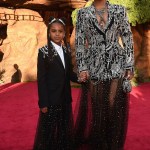 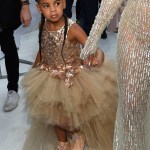 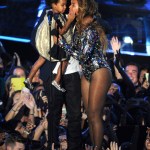 So cute! A video just surfaced of Beyonce and Blue Ivy dancing their hearts out at Kendrick Lamar’s LA concert and you don’t want to miss this!

Because Beyonce, 35, is basically the greatest mom ever, she took her adorable daughter Blue Ivy, 5, to Kendrick Lamar‘s, 30, LA concert on Aug. 6 and let’s just say they came to party! A new clip has surfaced of Bey, Blue and cousin Angie Beyince, 34, getting down to the rapper’s tunes and it is too cute for words! It’s a blurry clip but Beyonce’s long, blonde locks are unmistakable! And, of course, pay close attention to the Blue jumping up and down nearby! Head here for more pics of the gorgeous songstress!

Bey and her family cheering along with the rest Kendrick’s fans at the Staples Center?! She’s just like us! Clearly JAY-Z‘s, 47, better half is getting back to normal after welcoming twins Rumi and Sir Carter on June 17! The “Formation” singer has reportedly been working hard to lose the baby weight since giving birth to her second and third child. She even drops by the occasional SoulCycle class to help her bounce back into shape! In fact, according to our insiders, Bey has so much energy these days, she’s hardly sleeping!

“Beyonce is amazing, she is clocking hardly any sleep right now, but she’s full of energy and life!” a source close to Beyonce previously told HollywoodLife.com EXCLUSIVELY. “Most new moms of twins struggle to even function at this stage, but Beyonce is thriving. I mean, obviously it helps that she and JAY-Z have nannies and a bunch of staff, but she’s still really hands-on and she’s breastfeeding, which means she’s hardly getting a break rest-wise — but then, Beyonce has always functioned best on less sleep than most of us mere mortals!” That is not hard to believe!

HollywoodLifers, are you loving seeing Bey and Blue in action?! Let us know below!