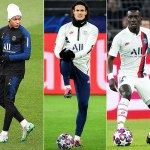 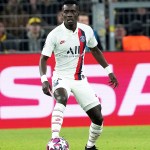 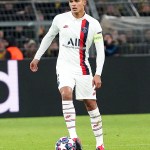 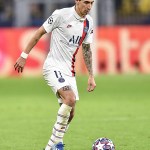 Welcome to Ligue 1, Neymar. The Brazilian superstar joins Paris Saint-Germain right as they kick off their season on Aug. 5. PSG takes on Amiens SC at 11:15 AM ET so tune in to see what goes down.

After Paris Saint-Germain shelled out $264 million for him, it would be a shame if Neymar, 25, didn’t play in PSG’s opening match against Amiens SC. However, PSG needs to get all his paperwork in order before he can be unleashed in Ligue 1, the top-level soccer league in France. Sadly, according to the BBC, Neymar couldn’t get all the right forms in time and he’ll miss playing in this match. He will, however, be on hand to be presented to Ligue 1 and all the PSG fans. It’s better than nothing, right? All eyes will be on Neymar and PSG during this match, so don’t miss a single second.

“I always want to play, so I’m ready to do so…” Neymar said ahead of this game, according to World Soccer Talk. “I have trained in pre-season. I stopped for two days, but I am ready. I’ve seen the pitch and I want to put the PSG shirt on and play.” Even if PSG doesn’t play Neymar, manager Unai Emery, 45, still has plenty of tools at his disposal. Dani Alves, 34, Thiago Motta, 34, Thiago Silva, 32, and Lucas Moura, 24, all from Neymar’s home of Brazil, are ready to hit the pitch at Parch des Princes for this season opener.

Perhaps Neymar’s ready to build up a new fanbase, as he lost a lot of supporters by leaving Barcelona. After he left Lionel Messi, 30, Luis Suarez, 30, and the rest of the Blaugrana behind, a lot of fans have said he was selling out. Nermar has dismissed these allegations. “I have never been motivated by money. I always follow my heart. I regret that people think that and I thank PSG for believing in my potential.”

Speaking of achieving their potential Amiens Sporting Club (aka Amiens SC aka Amiens aka Les Licornes or The Unicorns) is playing in Ligue 1 after securing promotion in a dramatic fashion, according to Sports Illustrated. In the final game of the season, The Unicorns were facing a 1-1 tie with Reims. Yet, it was Emmanuel Bourgaud, 29, who scored a goal in the literal last seconds of the game to give Amiens a 2-1 victory. That victory allowed them to join Ligue 2 champions Strasbourgh in automatic promotion. Troyes won a spot in Ligue 1 thanks to their win over Lorient.

This game, which begins at 11:15 AM ET, can be watched online via beIN Sports official coverage (after entering in the appropriate cable information.) Click here to watch the Paris Saint-Germain Vs. Amiens live stream.

Do you think Neymar did the right thing in leaving Barcelona for PSG, HollywoodLifers?