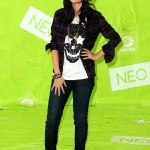 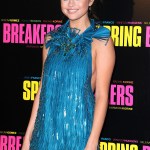 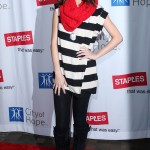 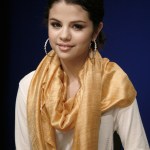 Despite her Disney days being long behind her, Selena Gomez sometimes can’t help but rock some of her iconic ‘Wizards of Waverly Place’ looks. Here’s 12 times she went full Alex Russo!

Old habits die hard, right? Selena Gomez, 25, was just 15 years old when she starred in Disney Channel’s massive hit show Wizards of Waverly Place in 2007. Wizards was on the air for five years, meaning the show had major influence on her life — and style. She spent her teen years on set! Five years after the show went off the air, we’ve noticed that some of her Alex Russo go-to’s have made their way into her closet.

Think back to Wizards of Waverly Place. Like Lizzie McGuire and Raven before her, Alex Russo was a total style icon. Tween girls loved to imitate Alex’s clothes, makeup, and hair. Selena was a tween goddess! Alex tended to favor clashing prints, floral dresses over jeans, headbands, and layered tees. Sure, clashing prints are in right now, but there’s a right and a wrong way to do it. Disney Channel’s resident wizard leaned toward the latter.

Though Selena’s style and beauty has transformed as she got older, there was a time in her life where she was basically Alex IRL. Even after the show ended, there wasn’t a floral dress she didn’t want to meet. She wore jeans and tees to red carpets and didn’t bat an eyelash. And there were a few times that she wore homecoming dresses to formal events (and in concert!). Hey, we’ve all made mistakes, especially with our wardrobes. The difference is, Selena was adorable enough to get away with everything! Take a look through our gallery above to see what we mean!

HollywoodLifers, do you like it when Selena still rocks the same clothes as Alex Russo? Let us know!