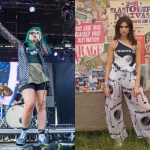 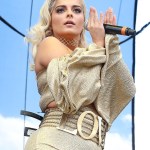 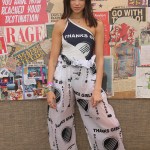 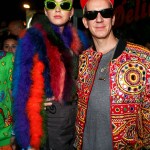 Okay, so it’s not exactly a Fyre Festival-level disaster, but Lollapalooza is not going great so far. Lorde and Muse’s sets were cut short due to awful weather and Liam Gallagher abruptly walked off during his performance! Here’s what went down.

One thing that Lorde, 20, Liam Gallagher, 44, and Muse‘s Matt Bellamy have in common? They were all totally “gutted” that their Lollapalooza performances didn’t go as planned.

“F*cks sake. i am so gutted guys i don’t know what to tell you,” Lorde, 20, wrote on Twitter Aug. 3 after her Lollapalooza set was cancelled after 20 minutes due to emergency weather. “They’ve told us we can’t play. i had the most spectacular show planned for you and i PROMISE i will come back to play it as soon as i can,” she added. Muse‘s performance was also cut, and the area was evacuated. Such a bummer!

Liam Gallagher also ended his set after three songs, except that it had nothing to do with weather. “After playing a handful of songs, Liam Gallagher cuts short his scheduled hour-long set after 20 minutes,” the Chicago Tribune observed in real time. “He abruptly exits with his band and no announcement is made as roadies begin dismantling the gear.” Awkward. (He later tweeted that a “difficult gig” had left him unable to sing.)

The cherry on top of the dramatic evening was, of course, evacuation of the area. “Grant Park is being evacuated due to weather,” the festival tweeted. “Please make your way to the nearest exit.” Aw, man. hopefully tonight (Aug. 4) will go more smoothly, and you can view a live stream of the festival here.

Check out more tweets from the Lolla artists:

Gutted. City/police made us leave the stage tonight 3 songs in at #Lollapalooza . Due to weather/lightning. Nightmare!

Crowd awesome, we'll be back, hope lolla book us next year to make up.

Sorry to the people who turned up for the gig in Chicago lollapalooza had a difficult gig last night which fucked my voice. I'm gutted LG x

HollywoodLifers, are you at Lolla? Tell us what your experience has been!