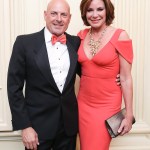 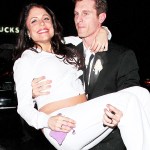 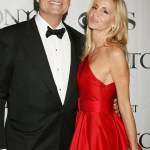 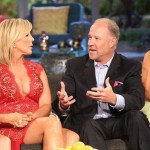 There may be a ton of drama between the cast members on the ‘Housewives’ franchise, but there have also been a lot of heartbreaking moments with the spouses…

Could the reality TV curse be real? It sure looks that way, as another Real Housewives couple just called it quits. On Aug. 2, 2017, LuAnn de Lesseps took to Twitter to announce she and Tom D’Agostino filed for divorce (just 7 months after tying the knot). It’s not that surprising, considering he was caught cheating on her before they even walked down the aisle, but LuAnn went forward with the wedding anyway. And for most RHONY viewers, their split was inevitable. Other Housewives splits, however, were a bit more shocking. To see the 10 most surprising Housewives divorces ever, look through our gallery above!

1. LuAnn de Lesseps & Tom D’Agostino: After just 7 months of marriage, LuAnn took to Twitter on Aug. 2, 2017 to say, “It’s with great sadness that Tom & I agreed to divorce. We care for each other very much, hope you respect our privacy during this sad time!”

2. Bethenny Frankel & Jason Hoppy: Bethenny and Jason fell in love in front of the camera — they even scored their own spinoff, Bethenny Ever After? — but after just a couple years of marriage and one child together (daughter Brynn), Bethenny and Jason split in December 2012. Their divorce lasted three years, and Jason was arrested in January 2017 for allegedly stalking and harassing Bethenny.
3. Camille Grammer & Kelsey Grammer: Frasier star Kelsey Grammer was barely on RHOBH, but that’s because he and Camille divorced shortly after she made her debut on the show. They divorced after 12 years of marriage, when she discovered he was cheating on her with his future wife, Kayte Walsh.
4. Vicki Gunvalson & Donn Gunvalson: Real Housewives of Orange County star Vicki renewed her vows with Donn on their 15th wedding anniversary, but they ended their marriage soon after in 2010.
5. Taylor Armstrong & Russell Armstrong: Sadly, Taylor and Russell’s relationship ended in tragedy. Months after the Real Housewives of Beverly Hills star filed for divorce and accused him of domestic violence, he committed suicide.
6. Ramona Singer & Mario Singer: This Real Housewives of New York City star filed for divorce from her husband in January 2014, after 22 years of marriage. He reportedly cheated on her, she took him back, but then he cheated on her again, so they called it quits later that year.
7. Porsha Williams & Kordell Stewart: Similar to how Sex and the City‘s Carrie Bradshaw was dumped via Post-It Note, The Real Housewives of Atlanta‘s Porsha Williams was told she was being dumped by Kordell via Twitter. Ouch!
8. Paul Nassif & Adrienne Maloof: Paul and Adrienne ended their 10-year marriage in 2012. Surprisingly, some fans have not yet gotten over the split.
9. Phaedra Parks & Apollo Nida: RHOA‘s Phaedra Parks ended her marriage to Apollo Nida after he was sentence to eight years in prison for bank fraud.
10. Yolanda Hadid & David Foster: Former RHOBH star Yolanda Hadid (Gigi and Bella‘s mom) was blindsided by then-husband David Foster wanting a divorce. They announced their split on Dec. 1, 2015 after four years of marriage.

HollywoodLifers, which divorce were you most shocked by? Tell us below!