Megan Fox rarely shares pics of her 3 sons, but when she does, our hearts melt! Her boys are not only beyond precious, they also look just like her & hubby Brian Austin Green! See her latest post & prepare for cuteness overload.

What a beautiful family! Megan Fox, 31, and her husband Brian Austin Green, 44, sure know how to create gorgeous babies — and the actress couldn’t help showing them off on July 31. Taking to the Gram, Megan shared a photograph of four separate Polaroid pictures each featuring a member of her family of five — including herself — striking a different pose. Giving birth for the third time last August, Megan and Brian welcomed son Journey River, 11 months, to their brood of boys. The couple also have sons Noah Shannon, 4, and Bodhi Ransom, 3. Click here to see pics of the stunning Megan Fox.

In one pic, Noah can be seen smiling while proudly wearing his Princess Elsa outfit from Disney’s Frozen. With his raven-colored hair, red lips, and piercing eyes, he undoubtedly looks JUST like his famous mama! In another snapshot, Bodhi adorably holds a red mustache up to his face while looking like the perfect blend of both Megan and his actor dad. The photo of baby Journey also features Brian, as the almost-one-year-old is strapped to his father’s chest in a front carrier. There’s no question Journey looks like Brian’s mini-me — they totally have the same eyes!

Megan and Brian are known for letting their little boys dress themselves as well as express themselves — including allowing their children to wear princess costumes and clothes traditionally considered “girly” while out and about. While there’s always going to be naysayers, Megan’s fans constantly praise her for letting her kids be exactly who they are. “Nice to see you let your kids dress how they want and have long hair,” one commenter noted on Megan’s most recent pic. Another gushed, “Beautiful to see your boy expressing himself. My 4 year old son loves to play dress up (with dresses) and LOVES Frozen and I fear he will someday be judged for it, and how it will make him feel. I just love letting him be who he is and that you do the same ❤️❤️❤️.” 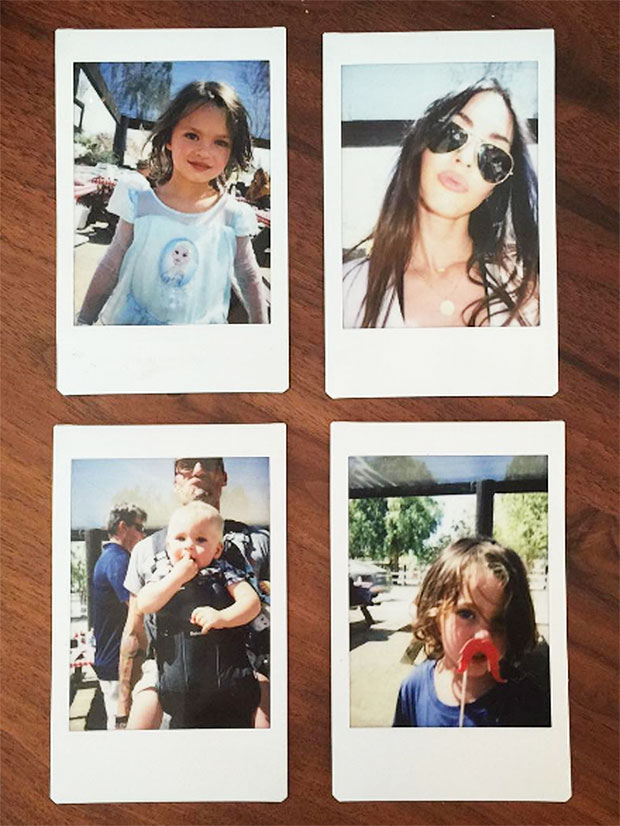 The last family photo was posted by Brian back in November when he shared two photos of his sons. He captured one of the adorable images, “My wife makes beautiful babies :).” Aw! And while Megan and Brian filed for divorce in 2015, after tying the knot five years earlier, the acting duo reconciled before Journey was born.

Tell us, HollywoodLifers — do you love how Megan lets her sons dress themselves? Aren’t these pics adorable?