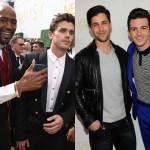 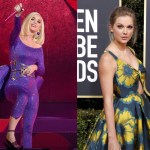 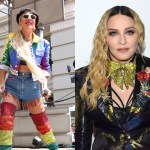 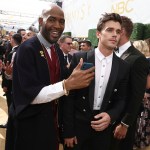 Who’s got the throne now? Apparently Kanye West does in the eyes of many British fans after documentary has revealed more about his feud with JAY-Z. We’ve got why the audience is taking Yeezy’s side in their beef.

Score one for Kanye West, 40, in the eyes of British viewers after they were treated to an incredible documentary on UK’s Channel 4 on July 31 called Public Enemies: JAY-Z vs. Kanye. It went in depth into both of the rappers’ childhoods, rise to fame and the deeper reasons behind JAY-Z, 47, and Yeezy’s feud. Most of the audience came away Team Kanye after the program made him out to be a brilliant musician all of his life who worked so hard for everything he has, while many accused Jay of being a “user” when it came to profiting off of his onetime protege.

“He looked up to this man, like a man in search of his father,” Kanye’s childhood friend Eugene McNair explained. “One is a New York street dude, the other is a mama’s boy from Chicago,” another added, insinuating how Jay is much more savvy and Kanye is more naive, and thus was easily manipulated by his mentor. Yet another made the astute observation that “JAY-Z is very thoughtful about money. Kanye would spend it all on art, that comes first.” Click for pics of Jay-Z and Kanye and seven more celebrity feuds.

The doc showed how music has always been a part of the Yeezy’s life, with a film TV crew allowed inside of the bedroom of his childhood home in Chicago, where everything was still in place as if time hadn’t passed in 20 years. “We went to his crib, he had all this African s*** throughout the house, he had crates of records everywhere,” Eugene recalled.

Fans took to Twitter to discuss how they thought that Ye was a true musical genius and how Jay was more of a businessman, looking to profit on the “Stronger” star’s amazing talent:

Just finished that #PublicEnemies doc. Jay Z def fucked over Kanye early on. All that built up frustration was let out in Ye's rants.

That Kanye & Jay Z documentary made Jay Z out to be some ego-maniac, clearly the better rapper however.

Okay Jay Z was a dick to Kanyé but Yé didn’t have to beg the friendship. It was so embarrassing #PublicEnemies

Meanwhile, the doc also pointed to another root of their feud coming shortly after their 2011 Watch the Throne tour, when Yeezy began dating future wife Kim Kardashian, 36, in 2012. It showed how Jay and wife Beyonce, 35, are incredibly private and wanted to distance themselves from a woman who lives every moment of her life in the limelight. “It does really seem like JAY-Z and Beyonce have distanced themselves from Kanye since he’s been together with Kim,” writer Julianne Escobedo Shepherd shared. Rapper pal GLC agreed, saying, “The guy that I see now, that’s not the guy that we knew back then.”

HollywoodLifers, do you think that JAY-Z has “used” Kanye at any point as his mentor? Or is Kanye’s relationship with Kim the cause of his problems with JAY-Z?