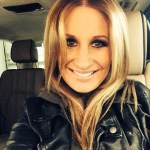 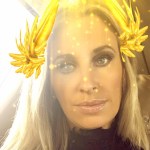 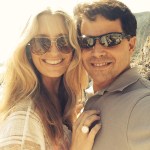 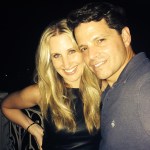 Look who decided to show up. Nearly a week after Deidre Ball prematurely gave birth to his son, Anthony Scaramucci returned home. The Mooch visited his soon to-be-ex wife after seeing his baby boy for the first time.

What took you so long, Anthony Scaramucci? The 53-year-old White House communications director finally made time to visit his estranged wife Deidre Ball, 38, and his newbon son, James. Four days after James’s premature birth, Anthony finally saw his newborn son for the first time, visiting his baby in a neonatal intensive care unit on July 28. Anthony reunited with his estranged wife the following day, driving out to his Manhasset, Long Island home. Judging by the pictures of James and Deidre’s faces, which you can see by clicking here, it didn’t look like it was the warmest of welcomes.

Well, was anyone expecting Deidre to happy to see Anthony, considering he skipped out the birth of his son? Instead of being there for her, The Mooch was busy working with his boss, President Donald Trump, 71, attending the Boy Scouts Jamboree in West Virginia. Is it any surprising that these two are headed for a divorce? Deidre filed the papers on July 6 in Nassau Country Supreme court. Actually, the divorce might have been why Anthony missed the birth of his son, as there was a discussion between him, her and their divorce attorneys about him going to the hospital, reports Page Six. Supposedly, Deidre’s anger towards her soon-to-be ex was a factor in why he stayed away.

Perhaps that would explain why The Mooch’s reaction to the news of James’s birth was so…flat. “Congratulations, I’ll pray for our child,” he reportedly said to Deidre via TEXT MESSAGE after hearing news of his newborn child. This certainly didn’t earn him any favors with Deidre. “She’s mad. They aren’t really speaking right now,” a source close to her told Page Six. “The [pain] runs deep. He tells her she’s not that smart, that he’s out of her league.”

There were some initial reports that Anthony’s “naked political ambition” was the reason behind this split, but Deidre’s lawyer, Jill Stone, shot that down, “Whoever decided to state that was the cause, that has nothing to do with her filing for divorce,” she said, per The New York Daily News. “It’s a private matter. She’s focusing on the children. She doesn’t really have a comment at this time.” Well, while she’s not talking to the public, it’s safe to say Deidre had plenty to say to The Mooch when he finally returned to Long Island.

What do you think about this whole drama, HollywoodLifers? Are you surprised that this scandal hit The Mooch so soon after he took his job in the White House?