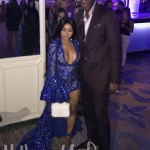 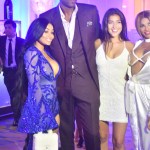 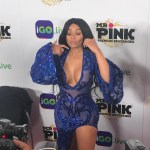 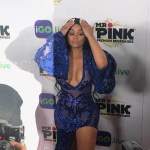 If Blac Chyna has her way, we’ll be seeing more of her and Lamar Odom together in the near future! HollywoodLife.com has the EXCLUSIVE scoop on her plans to make Rob Kardashian jealous with a fellow Kardashian ex!

Fans went nuts when Khloe and Rob Kardashian’s exes, Lamar Odom and Blac Chyna, 29, cozied up for a photo opp on July 26, and there may be more where that came from! Things are NOT good between Blac and Rob right now — she recently filed a restraining order against him — and HollywoodLife.com has EXCLUSIVELY learned that she wants to use Lamar to give herself an edge in the feud. “Blac got Lamar’s number and she plans to use it,” an insider close to Chyna reveals. “She wants to get together with him and figure out how he can help her — she’s going to pump him for as much information as she can. She’d love to hang out with him again, too, just because she knows it will mess with Rob.”

Our source added that Blac is “one hundred percent” still dating her new man, Mechie, but isn’t going to hold back from “flirting” with Lamar to one up Rob. “She’s very calculated,” the insider says. Blac and Lamar’s reunion (they were also both at the Kids’ Choice Awards in March) went down at the iGo.Live launch event in Beverly Hills, and an eyewitness told HollywoodLife.com that the pair seemed to have chemistry. “Lamar looked enamored with Blac and couldn’t stop checking out her revealing cleavage,” the onlooker revealed. “They looked to be really close and comfortable with each other.”

Lamar and Blac both haven’t ended on great terms with the Kardashian family, although Blac will always be connected to them because of her and Rob’s daughter, Dream. Despite the restraining order, the exes continue to share joint custody of the nine-month-old.

HollywoodLifers, do you think Blac and Lamar will ever date for real!?