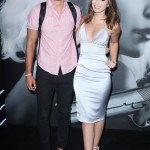 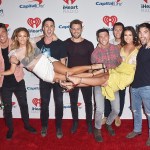 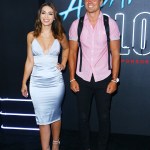 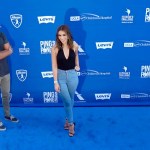 ‘Bachelor’ Nation stars Ashley Iaconetti and Dean Unglert were two peas in a pod at the premiere of ‘Atomic Blonde’ on July 24. Could it be the adorable pair are a perfect fit?

Ashley Iaconetti, 29, and Dean Unglert, 26, are two of our absolute fave members of Bachelor Nation, so we were totally psyched to see how well they were hitting it off when they met up at the Atomic Blonde premiere in LA on July 24! The pair happily put their arms around each other and smiled for the cameras while giggling. Just look at how adorable they are in the pics in the gallery above! Could it be she is crushing on him a little, or vice versa? We hope so, because these two would make the cutest couple! Click here to see pics of Bachelor Nation couples.

Dean — who had been the sweetest guy on the current season of The Bachelorette until Rachel Lindsay cut him from her final four — would be the perfect fit for someone like Ashley, who has suffered more than her fair share of heartbreak on both the Bachelor and Bachelor in Paradise. Ashley (whose decision to avoid pre-marital sex is a point of pride for her) had her heart dragged around Paradise by Jared Haibon before ultimately leaving the franchise without finding her soulmate. She’s one of the kindest, most sensitive women we’ve ever seen come into the Bachelor mansion and Dean, being one of the most sincere men to appear on the show, seem like a match made in heaven.

We were devastated when Dean exposed his troubled past with his father to both Rachel and the nation during the same episode in which he told the bachelorette he was falling for her, only to be left standing without a rose! But now that he is officially out of the running, we’ve begun to make peace with the fact he did not end up with Rachel, and start thinking about who he should be with. And it just so happens he and Ashley have been spending a lot of time together recently! From the looks of the adorable pics the podcast host has been sharing of the pair, there may be something brewing between them. Check out the evidence in the gallery above!

HollywoodLifers, what do you think of Ashley and Dean as a couple? Would you love for them to get together? Let us know below!