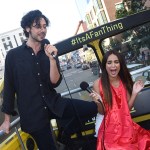 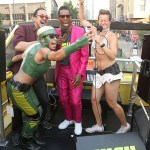 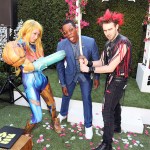 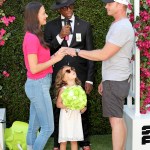 San Diego Comic-Con 2017 might be over, but that doesn’t mean we aren’t still drowning in excitement over what we saw there. While narrowing down our fave moments from the con was definitely not easy, here’s what still has us buzzing with excitement!

Where to begin? Lets start from the beginning, which for HollywoodLife.com was the Teen Wolf panel in Hall H on Thursday, July 20 at San Diego Comic-Con. While this was the very last comic-con panel for the Teen Wolf cast, it was also their very first time in Hall H! Aside from the excitement brewing over the final 10 episodes of the MTV series, which begins it’s end on Sunday, July 30, fans were treated to one epic surprise: Dylan O’Brien. There has been endless speculation that he might not be involved in the final episodes which has been a major bummer, but we were relieved to see him in the trailer which was released before the con. However, his surprise appearance at SDCC was a pure delight for the fans who camped out to see their favorite cast all together one last time. On top of that, Tyler Posey got extremely emotional a number of times while discussing his time on the series, including the bonds he made with his co-stars — especially Dylan. BRB, crying again.

There were also some incredible trailers that were shown, some for the very first time ever, during SDCC 2017. For example, The Walking Dead premiered it’s intense first full trailer for season eight during their panel on Friday, July 21. The next day two huge shows, Stranger Things and Westworld, also dropped first-look trailers at their second seasons on fans before releasing them online. Then of course we have the trailers that still haven’t even premiered online, including Avengers: Infinity War which originally premiered at D23 one week prior. Marvel also unveiled the very first footage from Aquaman starring Jason Momoa, but have yet to share the clips online. Gah!

Another highlight from SDCC was the Outlander panel on Friday, July 21, which was moderated by the stunning Jenna Dewan-Tatum. The actress/dancer is a huge fan of the show, so she was the perfect pick to chat up stars like Sam Heughan all about the upcoming third season. But the best part of the panel? The dancing, duh! Yes, that’s right, there was dancing. It all went down when Jenna and Sam decided to show off their fancy footwork on the SDCC stage, which had fans totally freaking out both inside the panel and on social media. Thankfully HollywoodLife.com was present for the amazing event, so we’ve got video of the seriously cute moment.

This video of @SamHeughan dancing with @jennadewan at the #OutlanderSDCC panel is the best thing you'll see all day. #Outlander pic.twitter.com/HJCWNf2pFg

Of course we can not mention our favorite parts of San Diego Comic-Con without bragging about HollywoodLife.com’s own Senior Entertainment Editor, Emily Longeretta, moderating the Sharknado 5 panel. Emily rocked the panel, which featured stars Ian Ziering, Tara Reid and Cassie Scerbo along with some of their fun cameo co-stars. Fabio and Chris Kattan made an appearance which totally delighted fans, and HollywoodLife.com was super proud to be represented by Emily on the stage.

As for non-con highlights, we have to shout out Viceland, Nylon and Entertainment Weekly for their sick after parties. If you think going to comic-con is fun, you should definitely try hitting up the parties at night because they are nothing short of epic. At Viceland‘s party we saw What Would Diplo Do? star James Van Der Beek, as well as My Friend Dahmer star Ross Lynch. At the Nylon party we watched Brody Jenner drop some sick beats as the night’s DJ, plus brushed shoulders with Mr. Mercedes star Breeda Wool and Sharknado star Tara Reid. Last but certainly not least, we have to mention the WIRED Insider cafe, which provided hands down the best place for us to hang out and get some work done. They teamed up with Mr. Mercedes to provide a really chill space at the Omni Hotel that we literally never wanted to leave.

Tell us, HollywoodLifers — What do YOU think was the best part of SDCC 2017? Comment below, let us know!