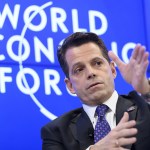 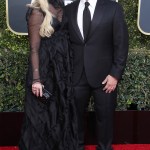 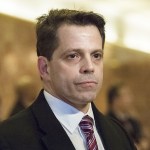 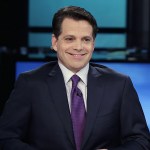 Anthony Scaramucci made waves when it was reported he’d be the new communications director at the White House! Here’s what you need to know about him!

You might recognize Anthony Scaramucci as one of President Donald Trump‘s defenders on cable news shows, but now he’s headed to Washington D.C! The 53 year-old investor was reportedly offered the post of communications director by the president and he accepted. We’ve rounded up the five things about the man at the center of the latest White House shake up. Click Here For More Photos Of Anthony Scaramucci!

1.He’s the new communications director at the White House.

President Trump reportedly offered Scaramucci the post on July 21. He’ll be taking over two months after the last communications director Mike Dubke left. The president was super annoyed with Reince Priebus for taking so long to find a replacement, according to a source who spoke to The New York Times. The search finally ended and Ivanka Trump, Jared Kushner and Commerce Secretary Wilbur Ross were reportedly all fans of Trump’s pick. Scaramucci will definitely have a lot on his plate especially because the man who was temporarily filling the post quit!

Spicer disagreed with Trump’s choice to pick Scaramucci so much that he decided to step down as White House press secretary! The 45 year-old reportedly told Trump that he thought hiring Anthony was a “major mistake,” according The New York Times. Spicer even refused Trump’s offer to stay on in a position beneath Scaramucci, the White House insider told the NYT. Yikes!

3. Scaramucci doesn’t have much experience.

Scaramucci has been involved in politics, but never a formal communications position. He’s been on fundraising committees for GOP presidential candidates like Mitt Romney in 2012. He bopped around a bit during the 2016 race. He helped raise money for Scott Walker and Jeb Bush in the 2016 GOP primaries before eventually joining the Trump campaign. Things obviously went well because Scaramucci was the president’s transition team after the election!

4. Scaramucci got an apology from CNN.

CNN had published an article that linked Scaramucci to investigations into the Russian Direct Investment Fund in June 2017. The entire report hinged on one unnamed source and everything pretty much fell apart. The news organization retracted the story and issued a formal apology to Scaramucci. Three CNN staffers were even let go over the scandal! “CNN did the right,” Scaramucci wrote on Twitter. “Classy move. Apology accepted. Everyone makes mistakes. Moving on.”

Scaramucci was a co-host on the Fox Business Network’s Wall Street Week. Don’t expect to see it on your TV anytime soon though because the last episode aired in Dec. 2016. Besides his TV appearances, Scaramucci has found time to write three books called The Little Book of Hedge Funds, Goodbye Gordon Gekko and Hopping Over the Rabbit Hole. The last one ended up on the 2016 Wall Street Journal best-seller list in the business category.

HollywoodLifers, what do you think of Anthony’s new White House position?