For the first time since a video surfaced of Kevin Hart seemingly getting close with another woman, Eniko Parrish is breaking her silence — but she’s not saying a THING about the cheating allegations!

Eniko Parrish, 32, took to Instagram on July 19 to show off her growing baby bump, but she made no mention of the rumors that her husband, Kevin Hart, allegedly cheated on her. In her late night post, Eniko posed in a dark bikini, putting her bare bump on full display at six months pregnant. “Much hasn’t really changed,” she captioned the pic. “I’m still in the gym 3-5 days a week and I feel GREAT! The BBBs got a little bigger…Boobs, Butt & Belly of course but I’ll take it! Thanks little guy!” Just hours before, a video surfaced that seemed to show Kevin getting close to a mystery brunette woman outside his Miami hotel, but based on her post, Eniko seems totally unbothered by the cheating rumors.

Meanwhile, Kevin also took to social media following the video’s release, although he did make sure to address the controversy. While he didn’t say anything about allegedly cheating directly, he did post a funny meme that reads, “At the end of the day, you just gotta laugh at the BS.” Clearly, he wants his followers to know that there’s no truth to these shocking reports! However, fans are still skeptical — after all, Kevin has admitted to cheating in the past, and his infidelity is what ended his first marriage to Torrei Hart. Keep in mind, though, that this new video of Kevin and his alleged ‘other woman’ shows no obvious signs of PDA.

Kevin and Eniko got engaged in August 2014 and tied the knot on Aug. 13, 2016. They revealed they were expecting their first child together in May…and pregnancy is clearly going well for the gorgeous model! 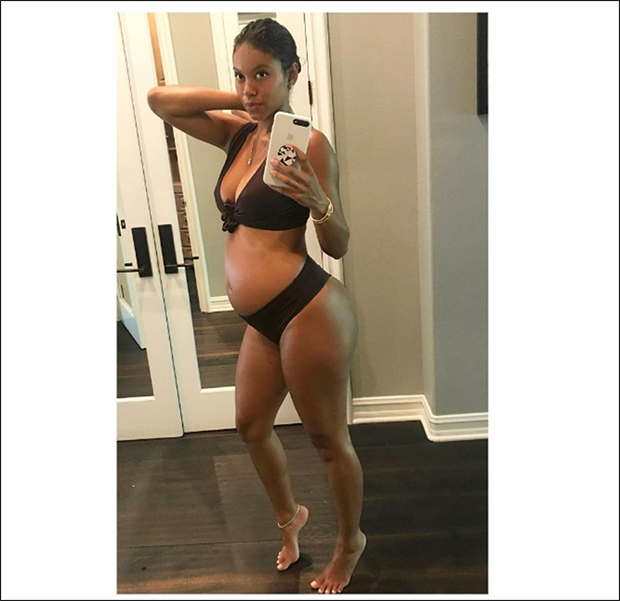 HollywoodLifers, do you think Eniko will ever speak out about the cheating allegations? Do you believe Kevin cheated on her?