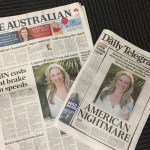 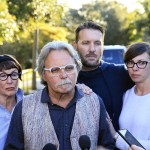 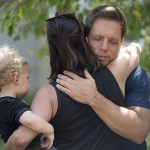 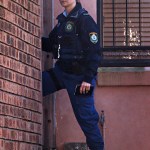 The life of Justine Damond was tragically cut short after she was fatally shot by a Minneapolis police officer on July 15. As authorities investigate this tragedy, the officer who pulled the trigger has refused to help!

The investigation into Justine Damond’s death continues, as the Minnesota Department of Public Safety Bureau of Criminal Apprehension is still looking into the circumstances around the 40-year-old woman’s shooting. Justin was killed by Officer Mohamed Noor, 31, on July 15, after he and Officer Matthew Harrity responded to a 911 call about an alleged sexual assault. As the BCA pieces together all the puzzles behind this heartbreaking shooting, Officer Noor is staying silent. “BCA agents interviewed Officer Harrity earlier today. Officer Noor has declined to be interviewed by BCA agents at this time,” the organization said in a press release on July 18. “Officer Noor’s attorney did not provide clarification on when, if ever, an interview would be possible.”

Justine (born Justine Ruszczyk) was set to marry her fiancé, Don Damond, in August. Sadly, she will never see the day. The bride-to-be was in her pajamas when she approached the patrol car, according to USA Today. As the squad car was pulling up near her house, a “loud sound” went off, startling Officer Harrity. Immediately afterward, Justine approached the driver’s side window. Officer Noor, who was riding in the passenger seat, fired his weapon at Justine through the open driver’s side window. Both cops got out of the car to give Justine medical assistance, but it was too late.

“We do have more information, though it’s frustrating to have some of the picture but not all of it,” Minneapolis mayor Betsy Hodges, 47, said while speaking to reporters about this shooting. She, like many others, seemed frustrated that Mohamed wasn’t doing everything he could to help the investigation. “We cannot compel Officer Noor to make a statement; I wish we could… I wish that he would make a statement.”

Mohamad’s lawyer did make a statement, and it was one asking for privacy for his client. While saying Mohamed extends his “condolences” to Justine’s family and everyone else traumatized by this event, he asked for people to “respect the privacy of [Justine’s] family and asks the same in return during this different people.” Both Mohamed and Matthew are on administrative leave as the BCA continues to figure out what exactly happened to leave Justine dead.

Our thoughts continue to go out to Justine’s family and friends during this time of loss.