Baby on board! Artist Sophie Brussaux has been claiming that she’s one hundred percent sure that the baby she’s carrying is allegedly Drake‘s love child and now she’s showing off a sonogram photo of her growing fetus. She also revealed on July 7 that the child’s arrival is coming in October, which is  fitting considering that would make her part of Drizzy’s OVO clan! The 27-year-old flaunted her growing baby belly in an Instagram pic while rocking a bikini, captioning the black and white photo “Both blissfully floating,” chilling out in a pool. It looks like she’s having a really relaxing pregnancy so far, as she wrote “second trimester” on the pic.

“It’s another woman in a long line of woman claiming that Drake allegedly got them pregnant. This woman has a shady past and a questionable background. We understand she may have been banned from the US. Drake’s not denying he slept with her. It was a one time thing in Amsterdam and he used protection and he knows it’s not his child,” his rep told us on May 15 after Sophie came out with the pregnancy news.

“If it is in fact Drake’s child, which he completely doesn’t believe, he would do the right thing by the child and support it financially,” his rep added. Sophie was the second woman to come forward in 2017 accusing Drake of being her baby’s daddy after Instagram model Layla Lace claimed in April that he knocked her up. Her story later ended up falling apart. 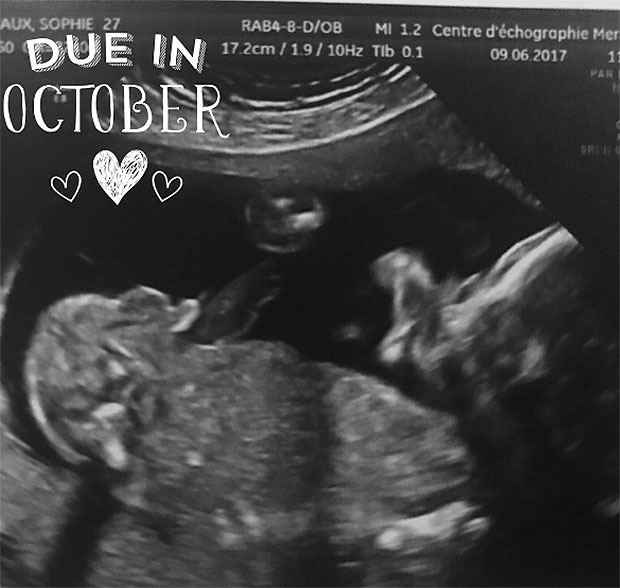 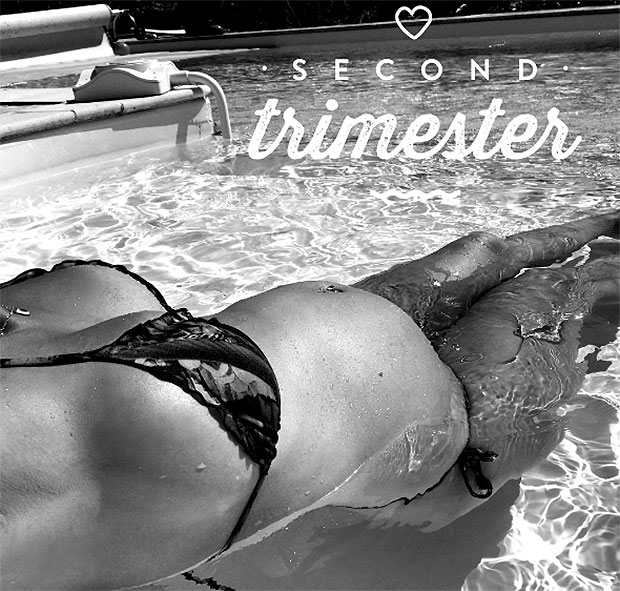 HollywoodLifers, do you think Sophie is telling the truth that her baby is Drake’s?