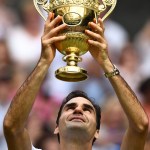 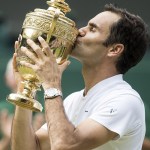 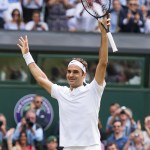 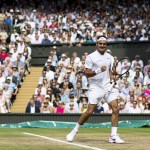 It comes down to this: Venus Williams challenges Garbine Muguruza in the exciting women’s final of the 2017 Wimbledon tournament. The July 15 match begins at 9:00 AM ET so tennis fans better tune in to watch.

There is so much at stake at this match. For Venus Williams, 37, it will be her ninth Wimbledon final and the first time she made the finale of the tournament since 2009. Garbine Muguruza, 23, on the other side of the court, is chasing after her first Wimbledon championship and her first tennis major victory since defeating Serena Williams, 35, at the 2016 French Open. These two tennis titans have battled through the rest of the competition, and only one of them will walk out with the coveted tennis trophy. Will Venus claim her sixth Wimbledon title, or will the young Spanish star take her career to the next level?

Venus won Wimbledon in 2005, 2007, and 2008. Her sister shattered her three-peat dreams, as she fell to Serena in two sets in 2009. With Serena too pregnant to compete, it’s up to Venus to bring the trophy home to the Williams clan. “Serena’s always in my corner and, you know, usually it’s her in these finals, so I’m trying my best to represent Williams as best as I can,” she said, per For The Win, before sending some love out to her life-long tennis partner. “I missed her so much before this match, and I was like, I just wish she was here, and I was like, ‘I wish she could do this for me,’ but I was like ‘no, this time you have to do it for yourself.’”

If Venus wins this, she’ll become the oldest women’s Grand Slam Winner in the Open Era. To get this far, Venus had to fight through Johanna Konta, 26, in the semis, putting the Australian-British star away in two sets, 6-4, 6-2. Venus sent Jelena Ostapenko, 20, packing in the quarterfinals. Venus has only lost one set in the 2017 Wimbledon tournament, going 4-6, 6-4, 6-1 against Wang Qiang, 25, in the second round.

Similarly, Garbine has only dropped one set herself, going 4-6, 6-4, 6-4 against the 2016 Australian and US Open winner Angelique Kerber, 29. While Venus has the experience in this match, Garbine has proven she’s one of the sport’s rising stars. It should be an exciting match and both women should be proud of their efforts, no matter who wins.

Who do you want to win this match, HollywoodLifers? Do you think Venus can take home the gold or do you think it’s Garbine’s time to shine?