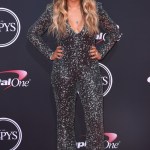 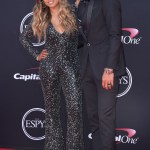 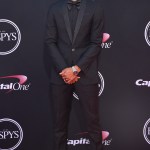 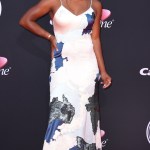 Goddess! The first lady of the NBA Ayesha Curry looked absolutely flawless at the ESPY Awards, proving hubby Steph is the luckiest guy in the league. We’ve got pics of her sexy black jumpsuit, right here.

Ayesha Curry is already a ridiculously beautiful woman in her everyday clothes, so when she gets glammed up for red carpets she is off the charts stunning. The 28-year-old wife of Golden State Warriors star Steph Curry, 29, accompanied her NBA champion hubby to the ESPY Awards on July 12 and was totally the belle of the ball. The mom of two looked incredible in a daring black sequined jumpsuit with a plunging neckline to show off plenty of cleavage. She rocked long hombre locks with gorgeous waves as she posed on the red carpet. Ayesha and Steph managed to pull off matching looks as he wore a black tux and shirt. Oh man these two are such a stunning couple!

We always love watching Ayesha in the stands at Golden State home games cheering on her man. She’s always there for him in her Warriors t-shirts whooping up a storm anytime Steph makes a big play, which is pretty much every time he gets the ball! She’s such a huge part of his success that during the team’s victory parade after winning their second NBA championship back in June, Ayesha and their two daughters Riley, four and Ryan, two, rode on Steph’s bus as he hoisted the Larry O’Brien Championship Trophy above his head as the throngs of fans went wild.

Steph and Ayesha have hands down one of the strongest marriages in all of sports, constantly showing off their love and total devotion on social media. They’ve been together ever since they were teenagers who met at a church camp and tied the knot in 2011. He even proposed to her in the exact same spot where they had her first kiss — in her parents’ driveway in Charlotte, NC! Even though they married young, Steph told Parents magazine in 2016 that, “I knew I had found the right woman and I wanted to start a life with her.” Boy did he make the right call! 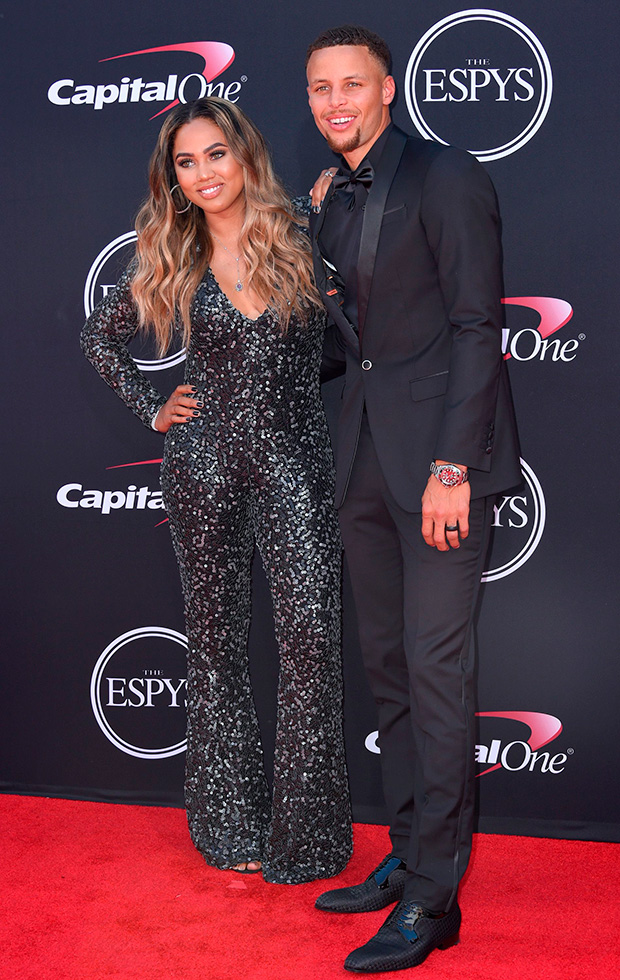 HollywoodLifers, what do you think of Ayesha’s daring jumpsuit?