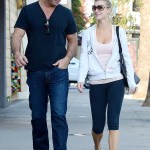 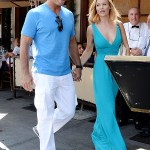 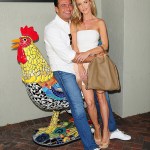 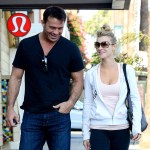 It’s official. Joanna Krupa filed for divorce from Romain Zago on July 10, months after they separated. The ‘Real Housewives of Miami’ star said that there was nothing they could do, as the marriage is ‘broken.’

It’s sad to see a marriage fall apart, but it seems like the love between Joanna Krupa, 38, and Romain Zago, 44, has run its course. The couple filed for divorce, according to TMZ, claiming their relationship is “irretrievably broken.” After dating for several years, the Dancing With The Stars contestant and the nightclub owner/businessman got in 2010. They were married in 2013 and have no kids between them, which should make this split easier to deal with, legally. As it turns out, this might be one of the more drama-free divorces in Hollywood history.

Really! It looks like the couple has already gone through the process of deciding who gets what. Joanna and Romain divided things up in a Marital Settlement agreement, dated July 10, according to the divorce documents obtained by TMZ. Both Joanna and Romain have agreed to not seek spousal support, and sources tell TMZ that this breakup was “extremely amicable.” They even remain friends. Huh. Maybe Rob Kardashian, 30, and Blac Chyna, 29, can learn a thing or two from this couple as they deal with their own legal nightmare?

It seems that these two were destined for divorce. Joanna and Romain had been living separately since Dec. 2016, and a source told E! News that they “just grew apart.” Despite the distance, they remained close, as Joanna splits her time between L.A. and Miami. It looks like this paperwork was just the last step and they’re both now legally to look for love in other locales.

Over their four years of matrimony, this couple had its up and downs. Even before they tied the knot in 2013, they had a rough patch, calling off the wedding months before it finally happened. “We got in a huge fight, and I just pretty much got fed up with it,” Joanna said at the time. She noted that Romain “loves me to death” but had problems “committing 100%” to the relationship. It seems these two are better friends than lovers.

What do you think, HollywoodLifers? Are you surprised that Joanna and her husband got a divorce?