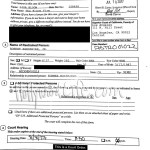 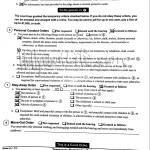 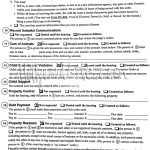 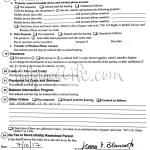 Blac Chyna has accused Rob Kardashian of stealing her phone, sending her suicidal texts and more in a bombshell restraining order obtained by HollywoodLife.com. See it here.

Blac Chyna, 28, has won a temporary restraining order against Rob Kardashian, 29, today, July 10, and HollywoodLife.com has the documents. Click through the gallery, attached, to see all of Chyna’s shocking claims against her ex and the father of their daughter Dream!

As you can see in the docs, Chyna (AKA Angela White) is asked to describe Rob’s “abuse” against her. She recalls one alleged incident: “On April 17, 2017, Rob Kardashian hit me on the thigh, knocking me down and leaving a bruise. I had difficulty walking after that,” she writes. Chyna also recounts Rob allegedly losing control on April 8: “Rob was mad at me and was speaking poorly about me in front of my 4-year-old son, King [Cairo] Stevenson. When I told Rob that he could not speak about me in this way in front of the child, Rob exclaimed, ‘I can say whatever the f*ck I want!'”

“Rob has been violent with me in the past and I am afraid to be around him,” Chyna adds, going on to explain how he Rob would allegedly grab and steal her phone at times due to “jealousy.” She also reveals that he sent her suicidal texts: “Rob has also threatened to kill himself multiple times in text messages since we broke up in December 2016, trying to manipulate me to respond to his outbursts.”

Finally, Chyna shares that Rob has “threatened to post” her home address online, and asks for the restraining order to ensure her, Dream and King Cairo’s safety. “What Rob has done is called ‘slut shaming,'” Chyna writes. “It is used by men to degrade and shame a woman after the couple breaks up…[it] is another form of harassment…we broke up months ago and I have the same rights he does to be with anyone I want without being publicly humiliated by him for my private choices.”

HollywoodLifers, what do you think of Chyna’s written account of Rob’s behavior?