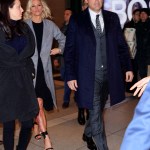 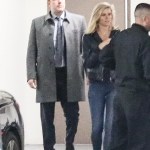 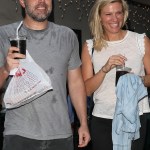 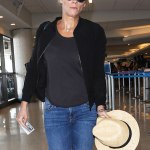 Ben Affleck has reportedly moved on from Jennifer Garner — but who’s his new lady? Here’s everything you need to know about Lindsay Shookus.

When the news broke that Ben Affleck, 45, was dating again, everyone was asking the big question: who? Well, her name is Lindsay Shookus — and she’s the first woman that Ben has reportedly moved on with. The two have been spotted out together and have not yet confirmed their relationship, but according to E! News, “they are having fun and care for each other,” but it’s “more than a summer fling.” So, here’s what we know so far about her.

She has a very successful career.
According to her IMDB page, Lindsay, 36, has not only been producer on Saturday Night Live since 2008, she’s also worked on many other huge projects including Adele Live in New York City and 42 episodes of 30 Rock. She started working as an assistant to the producer on SNL in 2002.

She made the 50 Most Powerful Executives in the Industry in 2015.
In Billboard‘s Women in Music special issue, Lindsay was recognized for the amount of bookings she did on SNL — she was responsible for Miley Cyrus‘ performance on Oct. 3, which was a huge ratings boost for the show. “You get one chance to make the right impression. And people have long memories when you make the wrong one,” she told Billboard. She also won the Emmy Award for Outstanding Variety Special in 2015, and his been nominated four other times.

She’s been married before.
Lindsay met Kevin Miller, a writers’ assistant on the SNL when she started. In June 2010, Lindsay married Kevin at the Country Club of Buffalo in Williamsville, N.Y., according to the New York Times. Her uncle officiated the ceremony. It’s unknown when they split, but he is no longer at SNL. Now, he’s a supervising producer on Late Night with Seth Meyers.


THE ACCOUNTANT TRAILER by Hollywoodlife

She graduated from UNC at Chapel Hill.
After graduating from Williamsville South High School in 1998, she attended UNC and majored in Journalism.

Her parents own their own company.
Her father, Robert Shookus, owns Nelson-Heintz & Shookus of Buffalo, and her mother Christine is a sales rep for the biotechnology company, Gilead Sciences.

HollywoodLifers, are you shocked to hear Ben has moved on?