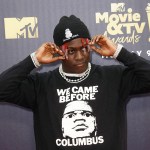 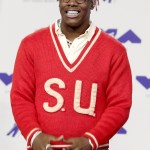 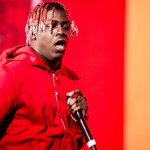 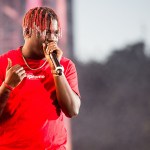 Yikes, Martha Stewart. While talking to Lil Yachty on set, she used the ‘n-word’ when referencing his new album. At the same time, Snoop was flipping out at crew members! Here’s what went down…

There’s only one way this story could’ve ended… in controversy. On what was supposed to be an exciting day of album promotions, Lil Yachty, 19, got a major shock when Martha Stewart, 75, actually asked him his thoughts on the “n-word.” Long story short, Martha used the words “n–ga shit” to Yachty and Snoop Dogg, 45, cursed out the production team. And, a reporter for The Fader witnessed it all go down. Here’s what happened…

The reporter was following Yachty around for a cover story the site was doing on his new album, Teenage Emotions. And, when Yachty showed up to Martha & Snoop’s Potluck Dinner Party to promote his album, the network [VH1] hadn’t gotten his album cover approved yet. That minor setback halted filming, which caused Snoop to cuss out the crew. Snoop did “a very loud, swear-filled finger wag,” and referred to Yachty’s album as “this n–ga’s sh-t.” While Snoop was flipping, that’s when Martha decided to confront Yachty about Snoop’s comments. “Yachty, does it upset you when Snoop says ‘n–ga sh-t?’”, she asked the rapper. Well, jaws dropped after that one.

“The room filled with every imaginable reaction: anger, horror, embarrassment, laughter, joy, pain,” the reporter wrote, adding that Martha seemed to not understand the consequences of her actions. However, the most surprising reaction of all? — Yachty’s. The rapper put on a large smile and continued the show in good spirits! Snoop’s reaction, on the other hand, has not been revealed.

Comedian, Gary Owen, and actress Laverne Cox, were both on set that day, serving as co-hosts. However, their reactions were not mentioned. Luckily, The Fader said that the expletive did not make it on air. VH1 and Martha have not commented on the situaiton.

Although some have said that Martha’s intentions were not ill-willed, others thought she should have known better. Check out some of the fan reactions, below.

You of all people know better @MarthaStewart pic.twitter.com/f1uwoPRRHC

HollywoodLifers, do you think of Martha’s statement was an innocent mistake?