What started as a seemingly innocent T-shirt designed turned into an absolute nightmare for Kendall, 21, and Kylie Jenner, 19. The sisters-turned designers were slammed for their new merchandise, which features Biggie Smalls and Tupac‘s faces on them. The controversial items were pulled from their online store immediately but the damage is done. “Kendall is very distressed over this,” a family insider tells HollywoodLife.com EXCLUSIVELY. “She and Kylie chose people they look up to and admire, they only meant it as an homage. Right now she’s so embarrassed that it’s blown up in their faces in such a major way.”

There was SO much outcry online that the reality stars had no choice but to act fast. As part of damage control, the T-shirts were removed from the website and a public statement was posted on Instagram on June 29. “These designs were not well thought out and we deeply apologize to anyone that has been upset and/or offended, especially to the families of the artists,” the apology read. “We are huge fans of their music and it was not our intention to disrespect these cultural icons in anyway.” Hopefully users, including Notorious B.I.G‘s mother, Voletta Wallace, found some peace after reading the supermodel’s message.

“As far as Kendall’s concerned this is a disaster,” the source continues. “She’s mad because she feels like she dropped the ball. She’s very busy and is hardly ever in the same city for very long so things can get out of hand much easier. Hopefully with time, she will calm down — but at the moment she’s pretty much radioactive over this.” Just like the Pepsi commercial, which was ALSO pulled right after its debut, this T-shirt scandal will blow over too. 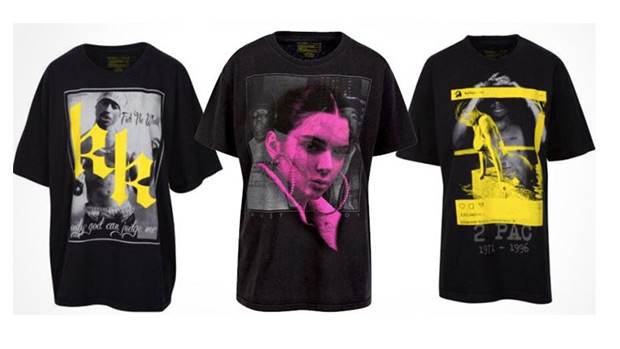 HollywoodLifers, if you were Kendall, how would you feel about the T-shirt disaster?