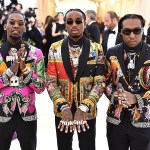 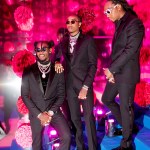 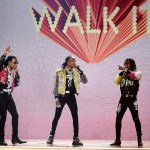 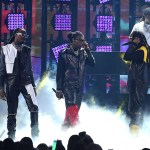 The beef between Joe Budden and Migos is still going strong. After their crazy BET Awards interview nearly led to punches being thrown, the rapper is calling them ‘divas’ and telling them to ‘f**k you all.’

Whoa! Joe Budden is doubling down on not having any of what Migos are serving up after their wild interview at the BET Awards went off the rails on June 25. He cut them off and abruptly walked out, pissing off the guys big time. It caused the group and the rapper to nearly comes to blows until security stepped in. Now the 36-year-old is coming at them hard and explaining his actions on the latest episode of Complex’s Everyday Struggles with DJ Akademiks. “I’m not saying it wasn’t wrong. I’m not saying my behavior wasn’t disrespectful. It was. At some point it stops being about knowing right and wrong and it starts to be about is it worth it,” Joe begins.

“It was one hundred percent worth it to me to let these little diva n****s know that I don’t give two f**ks about none of this n**** sh*t.  You’re giving me your a** to kiss and I’m not with it. I don’t care about their superstardom. I don’t care about your success. F**k you all. Y’all do not have to sit here. I didn’t want to talk to y’all anyway” Joe ranted, still majorly pissed off about how the guys gave him a ton of attitude during their interview.

DJ Akademiks tried to reason with him, telling Joe that there’s always a way to be professional without losing it like that and the “Walk With Me” rapper said “I’m not there yet,” even saying he’s not “Media Joe.” He continued to hammer at the Atlanta trio, saying, “I’m not gonna let a n**** or three n***** come and give me their a** to kiss and be okay with it. You want to call that unprofessional, so be it.” Hopefully he doesn’t encounter Quavo, 26, Offset, 25, or Takeoff, 23, anytime soon because this beef is way too intense right now.

HollywoodLifers, do you think any of the guys from Migos will clap back at Joe’s diss?