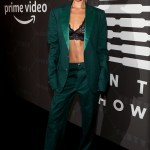 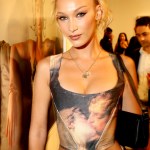 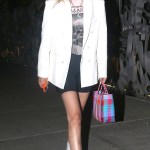 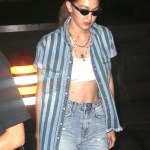 Bella Hadid is looking for love! Things between Selena Gomez and The Weeknd are undeniably hot and heavy lately, and the cover girl wants her very own summer love story!

Sure, it’s been mere months since Selena Gomez, 24, and The Weeknd, 27, began seeing each other but these two seem to be happier than ever! However, somebody is definitely feeling left out in the love department. The Weeknd’s ex Bella Hadid, 20, is also ready for romance! “Bella is desperate for a new boyfriend and it is driving her crazy that Weeknd and Selena seem so happy,” an insider close to the Hadid sisters tells HollywoodLife.com EXCLUSIVELY. “Bella wants that for herself and she also wants someone as high-profile as Abel.” Clearly it’s time for Hollywood’s eligible bachelors to make some noise! Check out these hot pics chronicling Selena and The Weeknd’s relationship!

Although Bella has been spotted getting cozy with the likes of Australian model Jordan Barrett and flirting with none other than Drake in recent days, she doesn’t appear to have found that special connection that Selena and The Weeknd are clearly enjoying. “She loves the jet-set lifestyle that comes with dating a rock star and she was hoping she might get that again with Drake,” our insider added. “But she is kind of let down as things fizzled between them, for now.”

Let’s be real, with countless magazine covers under her belt including Elle, Glamour and Harper’s Bazaar, not to mention highly coveted brand partnerships with the likes of Tommy Hilfiger and more, Bella is a hot commodity! And although she isn’t lucky in love lately, Bella has recently gotten her hands on an adorable new puppy named Oslo. So never fear, this stunning cover girl has a fluffy pal to cuddle with!

HollywoodLifers, who do you think Bella should be dating? Let us know!