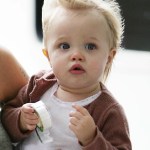 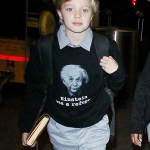 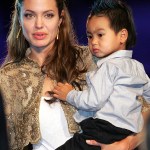 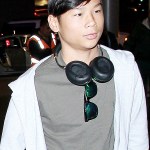 Brad Pitt and Angelina Jolie are putting their children fist after making a new pact to not talk badly about each other in front of them ever again. Get all the EXCLUSIVE details here!

They’re ready for a civil union! Brad Pitt, 53, and Angelina Jolie, 42, may have had a rocky breakup, but they have now made the decision to stop dissing each other publicly and in front of their children, a source EXCLUSIVELY told HollywoodLife.com. “Angelina and Brad have really progressed a lot during the past few months, and can actually talk civilly now,” our source revealed. “They’ve made a pact to not talk badly about each other, either in public, or in front of the kids, and they’re sticking to it.” The former couple’s six children have been spending time with both parents since they announced their divorce. See some of the best moments of the Brad and Angelina brood through the years here.

The parents seem to be working hard to get along now more than ever. “Brad and Angelina are civil when they drop off the kids, they’re trying truly hard to be pleasant for the sake of the children,” the source continued. Although there’s been speculation about Brad maybe not being involved in the kids’ lives as much due to a nasty custody battle, he’s definitely trying to spend time with them and be the best father possible. “Brad loves to just hang out with the kids at home, cook, make art, play around in the yard and throw a ball around, goof about with them,” the source shared.

After being the Hollywood “it” couple and a tight-knit family for many years, it’s no wonder Brad and Angelina may be struggling to find balance within their family life in the current circumstances. Their decision to be civil and honest with their children seem to be serving them well and we hope they can find the best and healthiest resolution for all of them now and in the future.

HollywoodLifers, how do you feel about Brad and Angelina’s pact? Tell us your thoughts here!