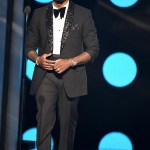 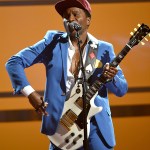 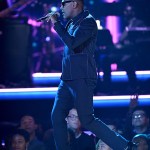 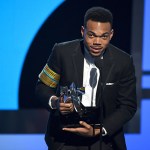 Things really popped off during the BET Awards, June 15. Remy Ma seemed to reignite her feud with Nicki Minaj, and more. But, it was the altercation between Chris Brown and Migos that has people talking. So, here’s EVERYTHING to know about their friend-foe-ship.

After the show is the after party; And, Chris Brown, and Migos had a different idea when it came to their post-BET Awards plans. When the show wrapped in the early hours of June 26, Migos and their crew and Chris and his crew were involved in a face-to-face altercation. The two groups of men were all caught on video exchanging some hostile words, and you can watch it all, right here.

While the world still tries to figure out what these two were really fighting about, the guessing game has had a lot of interesting takes on the matter. The collective thought between internet goers seems to be that the crews were fighting over Karrueche Tran, 29. But, why? — Well, she’s got a restraining order against her ex, Chris, and she’s rumored to currently be dating Quavo, who’s in Migos. We know, it’s a lot to take in. We’re here to break it all down!

How do Chris and Quavo know each other? — Interestingly enough, Chris and Quavo actually used to be friends. There’s no exact date as to when their bro-ship started, but it seemed to have hit its peak some time in 2016. Chris and Migos, have even collaborated on numerous tracks together, which include, Chris’ “Whippin'” [2016/17], Migos’ “Just For Tonight” [March 2017], and Juicy J‘s “Leanin'” [May 2017], And, the most recent and pleasant interaction between the two? — March 2017.

Chris had nothing but good things to say about Migos during an interview that month. So, this beef is obviously fresh out the oven. “I just want to shout out y’all. Y’all my real friends and brothers,” Chris said to Billboard. “I bought your album three times. I spent my own money and sh-t. I’m proud of you n—-s. I will never hate on you n—-s.” And, Migos even replied to Breezy in the same interview. “Damn, that boy Chris said a real one. That f–ked me up…Make sure you put that in the story,” the group said in reply to Chris.

How is Karrueche involved? — As you may know, Karrueche and Chris dated. The pair met in 2011 and sparks quickly flew. The pair dated on-and-off until March 2015, when Karrueche found out that he fathered a child. That’s when she broke things off on Twitter. However, the tumultuous exes continued to go back and forth in the media and on social media, where they exchanged some vicious digs. Chris even sparked a few fires with other male stars who Karrueche merely involved herself with in the past — Tyson Beckford, 46, and Soulja Boy, 26, to name a few.

Things got even messier when Karrueche slapped Chris with a restraining order on May 4. Her legal docs — which accuse Chris of threatening her — were granted on June 15. Get all of the details on the 5-year restraining order, right here, so we can move on.

Then, in the midst of the [restraining order] drama with Karrueche and Chris, she reportedly began dating Quavo. [However, the pair have yet to confirm the news]. She and Quavo first sparked romance rumors when she was spotted leaving his Mississippi concert with him on April 8, 2017. While they’ve kept quiet about their alleged romance, Karrueche and Quavo have been dropping subtle hints on social media that they are smitten with each other.

So, what’s real and what’s rumor?

Are Chris and Quavo feuding? — True. The artists have yet to speak out, but it’s safe to say that these two are indeed at odds [Hence, their parking lot scuffle at the BETs].

Are Karrueche and Quavo dating? — We’re not entirely too sure. The pair have spent time together, but they’ve kept quiet about their love lives.

Is Chris upset that Quavo is reportedly dating Karrueche? — False. Chris hasn’t spoken out about his feelings. Therefore it’s all a guessing game at the moment.

So, what’s the latest? — Neither, Chris, Karrueche or Quavo have responded to the drama. The only peep we got out of Chris was on April 12. At that time, there were already rumors that Chris was upset about Karrueche and Quavo. So, Chris took to Instagram where he shut down reports that he felt some type of way over the rumored pair. Nonetheless, he deleted his comment. In other news, Karrueche’s restraining order is moving forward, from what we know.

And, the rest is history! HollywoodLifers, now that you’re up to speed, tell us your take on the love triangle?