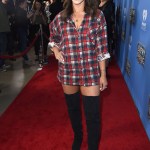 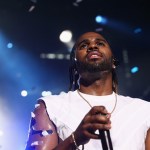 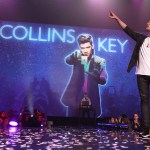 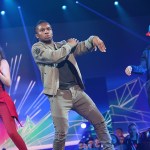 Imagine being the only two girls on a huge squad of guys. Can’t do it? Don’t worry, Tessa Brooks and Erika Costell of Team 10 can tell you what it’s like, and they don’t hold back!

Working with a bunch of young, rowdy guys might be intimidating to some girls, but not Tessa Brooks and Erika Costell! These two gorgeous vloggers are part of Team 10, a group of web stars and influencers legit taking over Hollywood. The squad includes stars like Jake Paul, Tristan Tales, The Martinez Twins, Lucas and Marcus Dobre and more, but Erika and Tessa are the only chicks. And guess what? It doesn’t bother them one bit!

“It’s a full time job, but we are one of the boys in a way too,” the girls explained at VidCon, admitting they love the shenanigans. “It’s like never a dull moment. What you see on the vlogs is what you get in real life. We just kind of join in.” Jake and the gang definitely get into some crazy hi-jinx, from pranking each other to pulling wild stunts. But that doesn’t mean they aren’t tender at heart! See pics of VidCon, here.

“The best thing is the family atmosphere,” explained Tessa and Erika. “We’re supportive of each other and were all rooting for each other.” However, there is ONE downside to chilling with a huge crew of boys. “The only bad thing would be the mess,” laughed Erika. Since they are the only girls, you might think they have to deal with competition and jealousy. Luckily, that’s not the case. “We just love to build each other up. It’s such a team thing cause when she grows I grow.” YES! Girl power FTW!

HollywoodLifers, have you checked out Erika and Tessa on YouTube? Let us know!