Maybe blondes do have more fun! Caitlyn Jenner was spotted leaving hotspot restaurant Craig’s with a much younger light-haired lady, who a recent report claims is the reality star’s new girlfriend.

Is Caitlyn Jenner, 67, dating again?! The former KUWTK reality star was spotted out in Los Angeles with a young blonde lady on the night of June 22. The mystery woman, who appears to be at least 20 years younger than Caitlyn, is believed to be her new girlfriend, according to MTO News. The pair enjoyed a nice dinner together at West Hollywood hotspot restaurant Craig’s, a popular watering hole for photographers and reporters — so it kinda’ seems like Caitlyn wanted to be seen in public with this blondie. The former Olympian sat in the driver’s seat with her rumored GF by her side as she drove off.

Believe it or not, this actually isn’t the first supposed date Caitlyn’s been on with this lady, according to the publication. They reportedly were seen out together last month in Malibu right around Mother’s Day. When it comes to dating, the transgender icon formally known as Bruce Jenner has been open from the beginning about her disinterest in gender specifications. In matters of love she doesn’t seem to mind if she’s romancing a guy or a girl, or what their biological makeup is. Back in July, she enjoyed a late-night dinner with a mystery man in the UK. It looked like a hot date because Caitlyn rocked a gorgeous white dress and high heels.

But then, fast forward a few months later, Caitlyn reportedly “held hands” with 25-year old Andreja Pejic, an Australian model who completed her transition into womanhood in 2013. The ladies walked the red carpet together at an Oscars after-party and flaunted some mild PDA at the bar, according to Us Weekly. Regardless of who Caitlyn is dating, we’re just happy that she’s comfortable in her skin! 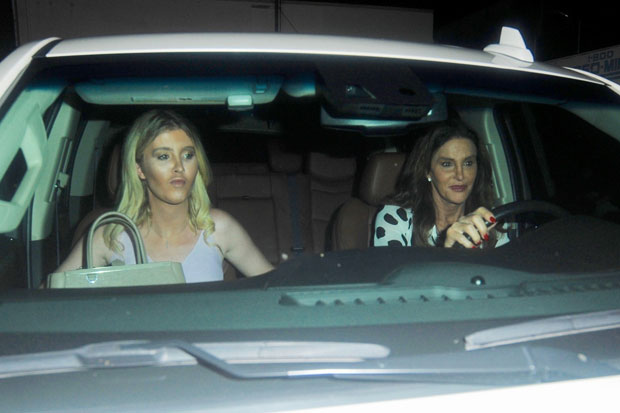 HollywoodLifers, which celebrity do you think Caitlyn should date?