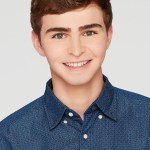 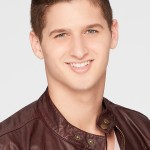 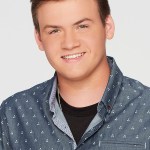 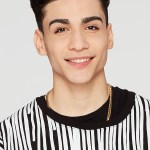 Nick Carter, Emma Bunton, and Timbaland are putting together the ultimate boy band — and on the premiere of ‘Boy Band,’ they went from 30 to 17!

Will they find the next One Direction? It’s possible — Boy Band is judged by “architects” Nick Carter, Emma Bunton, and Timbaland, and let’s be honest: if anyone will be able to put together a successful band, it’s these three. If you need a refresher, you can read the full cast list here, but let’s get to the auditions.

Nick took on the role of the Simon Cowell, definitely coming off like the toughest judge in the bunch, actually telling 19-year-old Matthew Dean he needed to remember that in order to be in a boy band “you need to have talent.” Yikes. However, there were some very talented boys. Here are a few highlights:

— Chance Perez, 19, kicked off auditions with Queen‘s “Somebody To Love,” which he sang for his 2-year-old daughter. While Emma was so blown away by his good looks she took a selfie with him, Timbaland told him he needed to watch his pitch.

— Jay Gilbert “J Hype,” 14, came out singing Kanye at first so I was immediately uninterested. However, he did have some great beat boxing skills and it got even better when Timbaland came out and joined him.

— Marcus Pendleton, 16, sang “My Girl,” and was extremely likable, but Emma said she was worried about his voice getting strained. Nick however, disagreed, since well… Nick has the same range.

— Miles Wesley, 19, was definitely my favorite; his performance of “Say You Won’t Let Go” wow’d everyone, especially Nick who was impressed with Miles saying he didn’t want to be a solo artist, but wanted to be in something bigger than himself.

— Devin Hayes, 17, won Nick and Timbaland over when he serenaded host Rita Ora with “Closer,” even though they did admit he needed to work on his voice.

— Sergio Calderon, 16, sang a half-Spanish version of “Stand By Me” and had quite the stage presence. He didn’t show off too much of his voice, though.

— Cam Armstrong, 22, got Emma out of her seat dancing when he performed — singing, rapping, and taking over the stage. He had a little too much energy, but had muscles that Emma and Rita loved.

After the auditions, each architect paired a few people together. Nick decided to bring up five guys whose vocals he liked but he wanted to see if any of them could dance. He taught them the “Backstreets Back” dance, and they all kind of killed it! (I could do that dance in my sleep!)

The architects then had to narrow it down from 30 to 18, and basically they didn’t agree on anything. Here’s who made it through to the final 18:

They were then split into three groups of six (which they named Reverb, Uplift and Six Track) and given a song to perform. Uplift was up first and they understandably struggled a bit with learning the verses, controlling their energy, and learning the dance number.

When it was time to go in front of a live audience though, to be honest, they were so good! Sergio, Marcus, Drew, J Hype, Devin, and Cameron impressed the judges — but one had to go home. Ultimately, the architects voted out Cameron, telling him they wanted to see him go solo.

HollywoodLifers, did you like the premiere? Who are you rooting for?