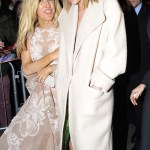 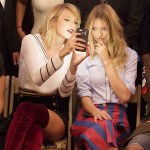 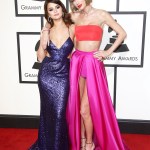 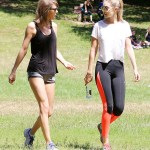 Did Lorde just throw shade at her longtime friend, Taylor Swift? During a new interview, the ‘Perfect Places’ singer compared her friendship with T-Swizzle to ‘an autoimmune disease.’ Say what?!

Lorde, 20, has finally done what we’ve always wanted her to do — she explained what it’s like to be friends with Taylor Swift, 27. But while doing so — during an interview with The Guardian — she compared her friendship with the “Blank Space” singer to “an autoimmune disease.” While at first glance that may seem like a diss, it wasn’t. In fact, Lorde was just saying that it’s hard being friends with someone who’s so famous.

Obviously, we’ve all wanted to be in Taylor Swift’s squad at one time or another (admit it!), but maybe it’s not all it’s cracked up to be? Sure, Taylor is one of our favorite celebrities, but it sounds like there are certain restrictions as to where you can and can’t go with her based on the level of fame she has obtained. Totally understandable, but not the most fun if you ask us. Regardless, we love Lorde’s honesty. Hopefully, she shares a bit more about her friendship with Taylor in the future! We’d love to know more.

UPDATE: After reading the interview, a fan asked Lorde how Taylor’s other friend, Selena Gomez, may feel considering she basically said that it’s a drag having an autoimmune disease (like Selena’s lupus). This was her response…

HollywoodLifers, how do YOU feel about Lorde comparing her friends with Taylor Swift to an autoimmune disease? Tell us below.